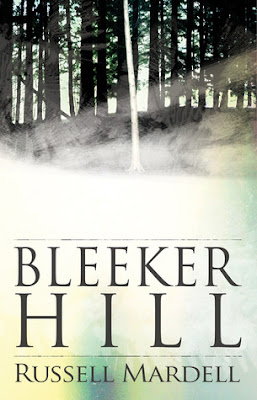 Description:
“They are just stories, there’s nothing to be scared of in stories.”

Britain of the not-too-distant future is a country at war with itself. After years of anarchy and chaos, of bloodthirsty gangs and citywide destruction, The Party are now fighting to restore order through whatever means necessary – the fist, the bullet and even the terrifying practice of The Wash. It is a war between the lawless and their self-appointed judges, and neither side will relent until the other is destroyed.

After an attack on their headquarters, a small band of Party members flee across the country, seeking refuge in a safe house deep in the snowy forests around Bleeker Hill. But as they near their destination, it soon becomes clear that the enemy they are running from may not be the biggest threat they will face. Because Bleeker Hill is far from safe…and they are not alone.

As night closes in and the tensions within the group threaten to spiral out of control, each of them is soon forced to face a nightmare from which it might not be possible to escape.

Bleeker Hill has a dark history and many stories to tell, and it will be heard…

My Review:
Dark, gritty, a little too realistic feeling! Wait, did I just say that? From the first page, over the muddy roads, I was hooked, completely. If we are going to have an apocalypse, and the world is going to go all dystopian and sideways, Bleeker Hill is how I would imagine it would be. Horrific. Frightening. Savage. Chaotic. Bleeker Hill is supposed to be a safe haven, but its underground labyrinth of tunnels is filled with one horror after another. Is there no true refuge? Where is the protection of The Party, or have they gotten too power hungry to see the havoc and disasters before their very eyes? What is The Wash?

Author Russell Mardell uses his command of all things terrifyingly nightmarish to create a bleak world with little to hope for, only a small chance to survive and a stark look at the depths to which humans will sink. With great care to each gruesome detail, I was awash in the gore and blood, the fear of the mysterious and unknown and the stark terror of what the characters had to face as they could no longer rely on those they once trusted to survive. Is this a testament to true human nature? Will we fight like a pack of wolves over a small bone?

Looking for a read on the dark side filled with realistic characters who often communicate with snarky dialogue, probably hiding their fear through attitude? This might be for you, especially if you have no problem sleeping with the lights on for a few days!

I wish to thank the author for this review copy and the nightmares that followed!