A. J. Gallant's Knights of the Wizard Spotlight & Giveaway 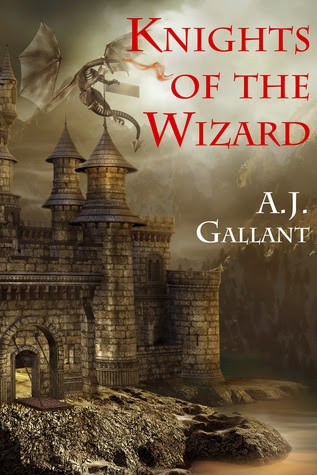 Knights of the Wizard

Of Knights and Wizards - Book Two

In a magical land of knights, wizards and dragons …


Marcus, Stone, Alexa, Ryxa and Ash are back for another exciting adventure.

KNIGHTS OF THE WIZARD is the second novel in a multi-series of fantasy books Of Knights and Wizards; the first novel is Knights of the Dragon.

A young wizard is trying hard to become a respectable sorcerer but is failing miserably and casting spells while he sleepwalks complicates things even more. Will he really be banished from his own kingdom? Meanwhile a grey dragon awakens from a four hundred year nap and discovers that there is a new and powerful dragon wizard in existence and that he just might be a danger to him; he decides that Ash must be killed.

Marcus meets a beautiful young girl named Raina from another kingdom and she may be more than he can handle as things might be moving a little too fast but he’s almost immediately smitten by her beauty and charm.

The Dwagord have resided on the other side of the mountain range and have never been able to venture into Leeander’s part of the world. Their wizards have finally blown their way through the mountain and they are aggressive people that would like to conquer everyone and everything, but to the Dwagord this new land is as puzzling as it is fascinating with much more magic than exists in their homeland. 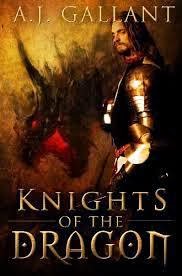 Knights of the Dragon

Of Knights and Wizards - Book One

This novel contains baby dragons and adventure. It also encompasses valorous knights and humor. It’s a tale of magic and mayhem.

Knights of the Dragon is an exciting tale of knights, wizards, romance and dragons. The adventure to save Leeander is on! When an exceptional baby dragon is born will it change everyone’s destiny?


A dragon named Ryxa befriends a boy only to discover that his kingdom will soon be conquered by another and the boy is doomed, and so to save him and his people she hires knights to go on an adventure with her and the boy to find magic.

Leeander’s knight Stone is sent out to capture a wizard in an attempt to defend the kingdom while trying hard to keep his eyes off princess Alexa, who insists on going with them in pursuit of a sorcerer.

Meanwhile, a red dragon named Ella falls for a black dragon, which is taboo, and she tries hard to resist his irresistible charm. She doesn’t want her life to be left in ruins because of bonding with a black dragon.

"Delightful! Full of youthful adventure.
I have to call this a fun read, for sure, for ANY age, although, I will admit, these boys did experiment with "language" their parents may not have approved of. (Like I said, these boys were real.) This is fantasy meets sci-fi, meets larger-than -life adventure for the kid in all of us, because, really, flying saucers could be hidden anywhere!" Five Stars by Dii.

The Saucer Club is the relationship between four boys and the biggest secret in the world. When they decide to include Randy into their club, an 11-year-old that’s confined to a wheelchair, the adventure begins.

The boys decide to carry Randy miles into the woods where a saucer is stuck in the side of a cliff. They think the hard part is over when they get Randy in the disk, but as they realize the saucer isn’t completely dormant they discover that the adventure is just beginning.
It’s a tale of secrecy, friendship and adventure.

Dracula: Hearts of Stone  Book One
A tale of magic, romance and fangs.

This MIGHT be a little like Dracula if written by J. K. Rowling. It’s a place where magic and vampires interweave for an exciting adventure.

We start with a shiny new pot of boiling water and add too many evil vampires, and not enough of the good biters. Toss in one suicidal Dracula; add a cup of mayhem and a dash of romance. Oh yes, and a pinch of mirth. Stir lovingly and you have a new novel by A. J. Gallant. If it sounds like the recipe for you then you must read Dracula: Hearts of Stone. Dracula commands it.

New York City is under attack.
Dracula is suicidal in a world where evil vampires are in the early stages of taking over. The Master has lived too long and can’t find a reason to face another day. Nasty vampires are feeding on vulnerable mortals and causing chaos. Years ago he trained valiant sheriffs and expects them to defend the humans but they are being overrun. Piers Anthony, the author, is now a vampire. He spends his days attempting to get the Master to snap out of it and to defend the humans, without losing his head.
A 12-year-old girl is a rare hybrid, half human and half vampire; she was conceived the normal way, with her mother a mortal and her father a vampire. Jenny is slowly discovering that she may be a blood wizard. She’s already an accomplished vampire killer and can cast spells, but an underground figure has noticed the girl. Some believe that she might be the one of legend that tips the scale toward good.
Sheriff Alexander and his vampire German shepherd stand and fight for justice.
Will the red sheriffs be overrun? Will Michael finally get the courage to ask out the sheriff?

Dracula: Hearts of Fire continues with more adventure, more romance and plenty of fighting. Jenny tries to find herself; she ventures out in search of training to become a better wizard and help save the world. Dracula is happier than he’s been in centuries but he’s now aware that big trouble is on the horizon. The vampire cat Moon Diamond gets into big trouble. Humor abounds in Hearts of Fire. 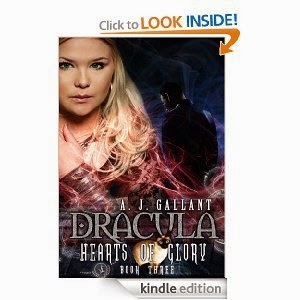 Dracula:  Hearts of Glory Book Three
This is the exciting conclusion of the Dracula trilogy. In this book a baby is born and what a baby! A very special wedding takes place. Dracula heads to Egypt for a thrilling ending in Dracula: Hearts of Glory.
Come along for the adventure with Dracula, Piers Anthony, Jenny, Michael and Lauren, Alexander and his German shepherd vampire dog Tessy, 90-year-old Annie and her new pet and even Keith. And of course the Siamese cat Moon Diamond. Did I mention zombies?

1)  When did you decide to become an author?

I started reading Harlan Ellison before I was twenty and it inspired me to start writing. I was fascinated with they way words could draw you into a world and keep you there for hours.

2)  When you write, do you write in creative spurts or do you sit down and write for hours?

I get up early and write everyday for several hours. I find that my mind is fresh after a good night's sleep. Some times I work on two or three projects at the same time but I always have a main book that's gets most of the hours.

3)  Once you have developed your characters, do they "talk" to you and help you map out the story?

My characters often have a mind of their own. I want them to go over there but sometimes they refuse to cooperate.

I like to read  fantasy and some science fiction. Dean Koontz and Steven King and of course Harlan Ellison.

5)  Tell us THREE things about you

I love David's Sunflower Seeds but I can't get them here. I once had a woman from Florida send me three huge bags and then I saw the postage was $25. Yikes.


I have a panic disorder and they are terrible. I like to take photos as a hobby. It's interesting how you can go down the same forest path over and over and always see something different.

A. J. Gallant is the writer of more than a dozen screenplays, having two optioned.
Writing grabbed A. J. Gallant early in life, attempting to write his first novel before he was eighteen.
The writing spark was first initiated by reading the works of Harlan Ellison. A. J. Gallant is now inspired by such authors as Steven King, J. K. Rowling, Dean Koontz and many others.

His books, that include fantasy, thriller and crime fiction are available in eBook Format.


Connect with A. J. Gallant