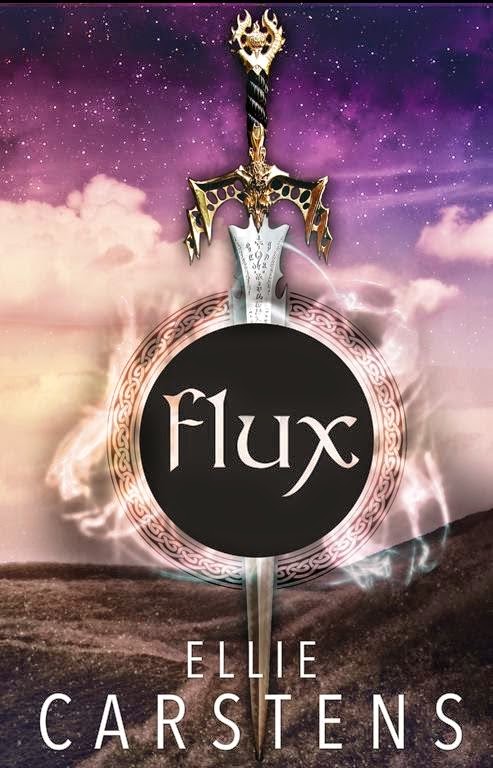 The last thing sixteen-year-old Alaina Oftedahl-Miller expected was to watch her mom brutally destroy their life.

But, in the wake of tragedy, strength forms. Shipped off to live with her birth father, Alaina finds herself dealing with more than just being the new Canadian girl in a Norwegian school. Juggling the formation of a relationship with the man who abandoned her as a child, and a budding attraction to Kaius Vargøy--the mysterious, beautiful classmate who's been assigned as her personal translator--Alaina can't shake the feeling that every move she makes is being watched. Judged.

She soon learns there's far more to this sleepy Norwegian town than she ever imagined. Kaius and his friends aren't exactly what they seem, and the repercussions of that could send her traveling through the most unexpected experience of her life. Murder and relocation is one thing, but add in supernatural occurrences and Vikings, and even she may not have the strength to survive.

My Review
Flux by Ellie Carstens
My Rating:  5 Stars

Imagine the beautiful backdrop of a small Norwegian town, an island. Now imagine how different it must feel for a Canadian girl whose life has just been shattered, when she is sent to her estranged, biological father to rebuild her life in a land where she is the outsider who cannot even speak the language. As if the culture shock isn’t enough, Alaina finds that her father is a very special man, nothing like what she has been told all of her life and the incredibly handsome boy assigned to be her translator at school is not quite as he seems, either. Living in a new world now, in more ways than one, Alaina must come to terms with what her life used to be, what it is now and what it could possibly turn into.
Are Norse legends really true? Is there more to this life than what meets the eye? How does Alaina fit in? Will she be asked to give more than she is able or will she find love that will last through eternity? Can she risk the newfound relationship with her father for a promise of forever?

Flux by Ellie Carstens, a simple title that, by definition is truly what this book is about! Ms. Carstens has written an almost fairytale romance, with a contemporary flare. With beautiful descriptions, emotionally vivid scenes and the mystery of the unknown, from page one, this smooth-paced tale is a joy to read and get lost in. Halvard, Alaina’s father is one of the most quietly impressive characters I have ever “met.” Alaina is not an angst-filled teen, but a wonderful role-model with her level-headed attitude, not that she doesn’t get a little emotional, she deals quickly with the massive changes going on. Kaius, he is otherworldly, in more ways than one!

Ellie Carstens has taken a well-covered genre and added her own special touch. Flux is a fresh take on YA paranormal romance that is easily read, understood and enjoyed without over-the-top flash. I have to admit, there is a section toward the very end that made me hold my breath and my eyes well up, so naturally, I had to read it twice. Ellie Carstens is that good at what she does.

Email ThisBlogThis!Share to TwitterShare to FacebookShare to Pinterest
Labels: Ellie Carstens, Nordicmyths, own, ya paranormal fantasy, ya paranormal romance