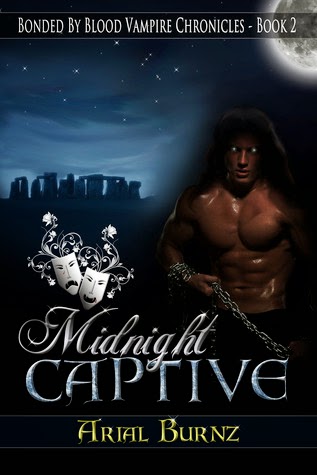 CAILIN MAC DOUGAL has lived a dangerous life being the adopted daughter of vampire Broderick “Rick” MacDougal, so she had no choice but to learn to fight in order to protect herself. However, such behavior is hardly desirable in a dutiful wife who’s supposed to embroider and run a household. This aggressive side of her behavior should be easy enough to hide from her betrothed…shouldn’t it?

After being away at fencing school for seven years, JAMES KNIGHTLY has returned as a master swordsman, ready to captain his own ship and finally wed his childhood sweetheart, Cailin MacDougal. What he finds waiting for him is a dagger-toting hellion for a bride, an immortal father-in-law, and an enemy bent on extracting revenge by threatening the family James holds most dear–the MacDougals.

BRODERICK MAC DOUGAL is lured away from his family with the promise of–at last–learning a way to protect those he loves from his clan enemy, Angus Campbell. Broderick knows he’s headed for a trap, but the bait is too tempting to resist…and he unravels the beginning of a prophecy that will lead to redemption for all vampires. The cost of such redemption, though, may be the very soul of the woman he would die for…his wife, Davina.

My Review
Midnight Captive by Arial Burnz
My Rating: 5 Stars

Author Arial Burnz takes us back to the 16th century in Midnight Captive, the second book in the Bonded by Blood Vampire Chronicles. Do NOT get comfortable, this is another edge-of-your-seat read where the darkness oozes with danger and the mist hides a prophecy waiting to be fulfilled.
Several years have passed since the events of book 1, Midnight Conquest, Cailin has grown up and is promised to her best friend and sweetheart, James. But the shroud of danger has repeatedly reared its ugly head as Angus continues to attempt to shred Broderick’s heart by hurting the ones he love and protects. Well-versed in the art of war and combat, young Cailin is a warrior at heart, but is that what James expects in a wife? Their love story is a sweet oasis in the turmoil around them.

Meanwhile, Broderick must go on a quest to find the meaning of a prophecy that he and Davina are part of. Will he find what he is searching for or will he come home to find his enemy has attacked in his absence?

Once again, Arial Burnz shows her talent in spades! It is not easy to transition through time and keep a story on track, but she has done a superb job of doing just that through the thoughts and emotions swirling through her words. The passage of time almost feels like a mist that hides the missing years, clearing when she is ready to continue her tale. As always, her characters are incredibly real, unafraid to show joy, love and loyalty, no matter what. Ms. Burns has even remembered to present the downfalls of an immortal loving a human through the years as one ages when the other does not, yet Broderick and Davina’s love is as fresh as that very first day they met. Definitely sighworthy!