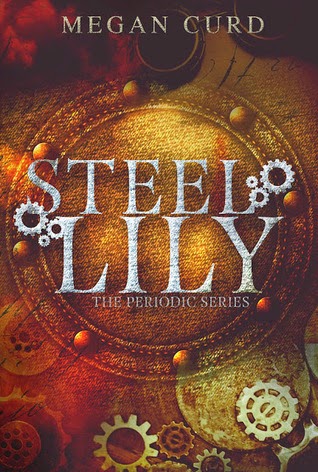 She’s a water Elementalist, the strongest of her dwindling kind. She creates steam to provide energy to fuel Dome Four: the only thing standing between humanity and an earth ravaged by World War III. No steam, no Dome. No Dome, no life.

Or so she thinks.

That is, until a mysterious man offers her a way out of having to donate steam. A way to escape the corrupt government of Dome Four. While the offer seems too good to be true, Avery is intrigued. But when she arrives to her new home, she realizes the grass isn’t any less dead on this side of the fence. Instead, the lies are just hidden better.

When Avery enlists the help of her friends to uncover the truth, she learns that while some secrets are better left concealed, humankind was never meant to live in a cage. And when you can control the most sought after resource, you can learn to control anything…including the fate of your world.

After building her whiplash-fast and twisted world, pumping up the amazing characters to fabulous proportions, Megan Curd is set to send us on a thrilling ride into the dystopian world of Steel Lily. World War III has devasted the planet, killed much of the population and caused mutations in a small group who now possess powers over the elements. Avery seems to be an anomaly, even among those with gifts. When offered a choice to leave the confines of her home and the stresses of being used for her water talents, she accepts, only to discover that even in a new place, she is still being used, but there is an upside for her heart. Long thought to be an orphan, Avery discovers her parents may be alive and the handsome and obnoxious boy, Jaxon may be the love of her life. But she also finds the truth of the war and the powerplay between factions. Will the secrets kept in dark corners come to light? Is everyone who they appear to be? Is this world safe enough to allow young love to grow and reach for a brighter future?

I absolutely loved Megan Curd’s powerful detailing, never over-doing the frantic pace, but alternating between a feeling of actually living this life and being caught up in the frenzy of the intrigue that ratchets up the pace to breathtaking speed. Ms. Curd can write! Her imagination is like a kaleidoscope, full of color and changing views that never ceases to amaze and mesmerize.

Email ThisBlogThis!Share to TwitterShare to FacebookShare to Pinterest
Labels: Megan Curd, own, YA Dystopian Fantasy, YA Steampunk Fantasy