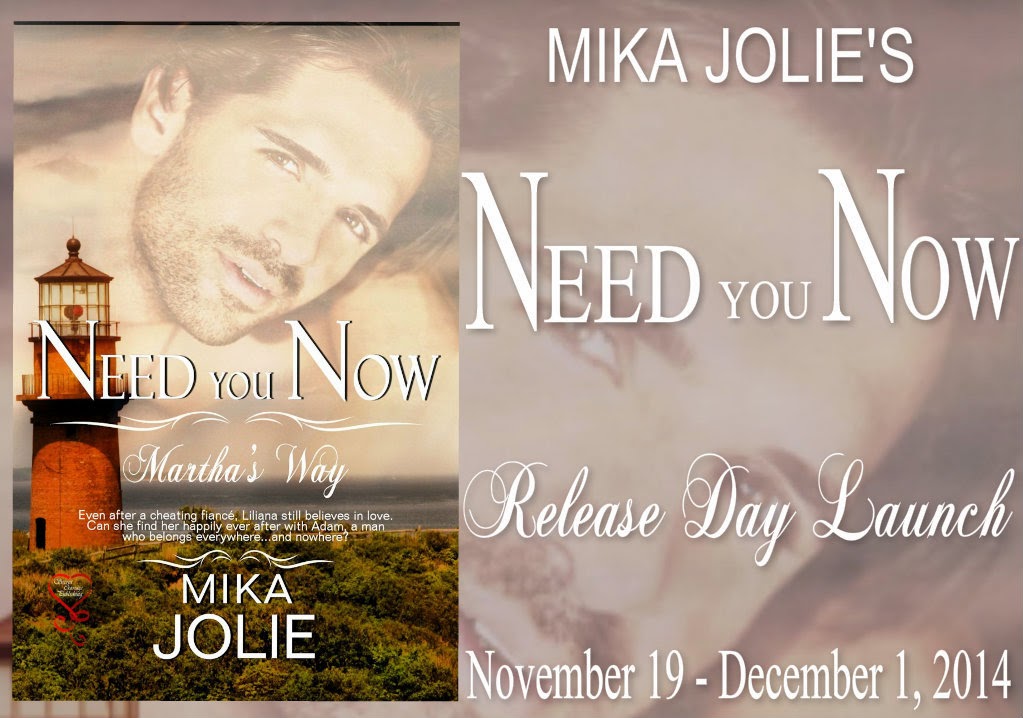 A journey of discovery and a new future 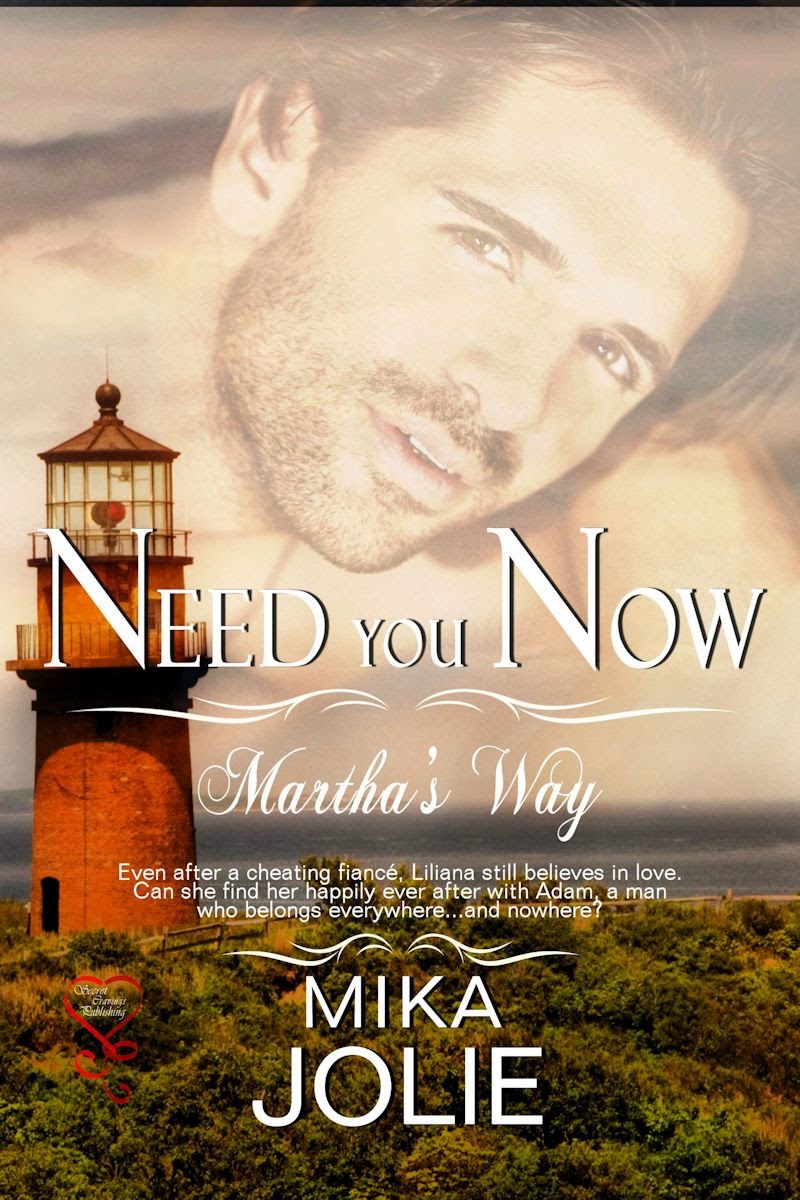 Elementary school teacher Liliana Serrano has never been one to let others determine her future. Whether it’s her pack of three overly protective brothers or her Puerto-Rican, American heritage, she stands on her own. Which is exactly how she entered her arrangement with Adam Aquilani. The hot formula one driver is aloof, detached and not interested in relationship. After a cheating fiancé, no strings attached sex was just what she needed.
Except one year later, they’re still hooking up and things aren’t so clear cut anymore. Especially when a surprise pregnancy enters the picture.
Adam is determined to marry Lily and raise their child as a family. But Lily refuses to settle for anything less than love.
As the two go on a journey of discovering, secrets are revealed, testing the strength of their connection.
Can they learn not to give the past the power to define their future?
Need You Now is book two of the Martha’s Way Series. 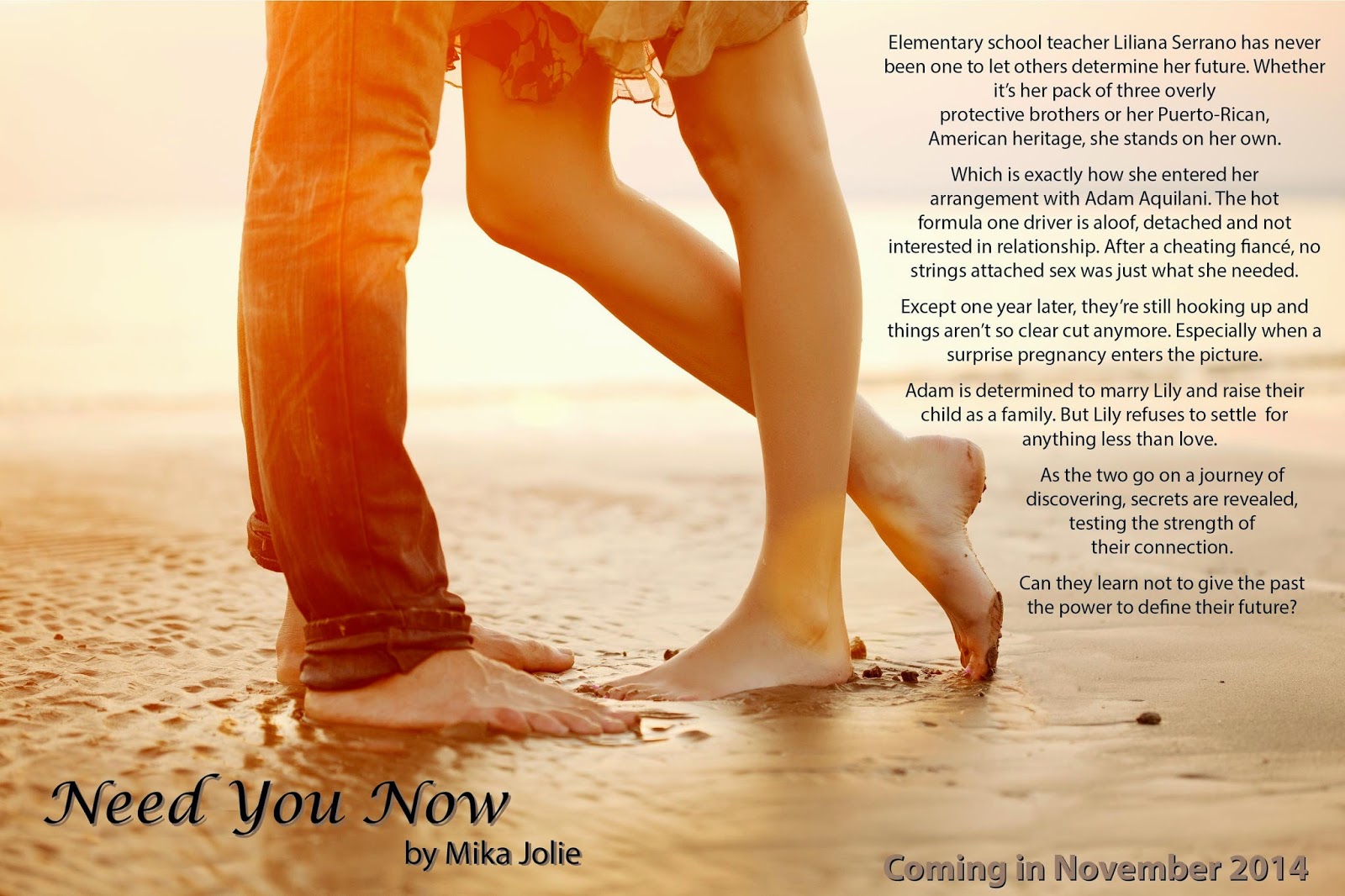 Book One in the Martha's Way Series

The Scale
Available from: Amazon | Barnes & Noble
Twenty-seven year old, African-American, Minka Greene has to endure watching her twin sister marry the man she loves. Her weight is up, and her confidence is down. Not exactly the ideal time to meet the real man of her dreams.
The Scale opens in Martha’s Vineyard with Minka attending Keely and Blake’s engagement party at Martha’s Way, the beautiful inn owned and operated by the tall, blond, tattooed man with the piercing blue eyes. It just so happens Jason Montgomery is also Blake’s childhood friend and the best man. Dealing with a whirl of emotions, Minka faints in Jason’s arms.
When she wakes up naked in Jason’s bed after a night of passion, the Vineyard confirmed bachelor struggling with his own demons and the woman filled with self-doubt and pining for another man are joined in an experience that will change their lives.
Link to Dii's 5 Star Review 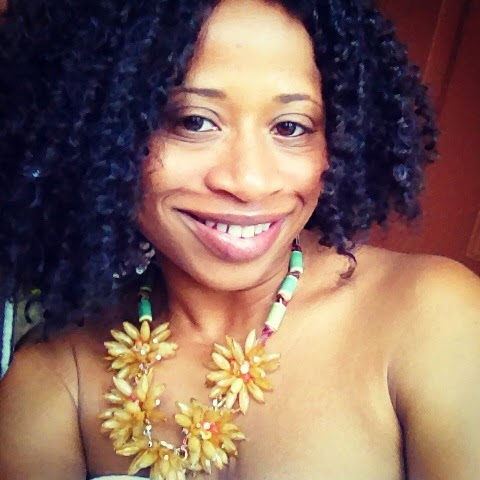 I'm the author of contemporary sensual, empowered romance, with fun relatable characters. I’m also a wife, and mommy to 2 energizer bunnies. Member of Secret Cravings Publishing. When I do have time to breathe, I like to run, hike with my camera at hand, and work on my gardening and knitting skills. I promised my husband I’d knit him a scarf…that was 5 years ago.

For latest news on my current WIP, interviews with fellow authors, or just to see what I’m up to, check out my blog!  Join me in my journey.
Email: Mikajolie2@gmail.com

Plus an eCopy of
Books ONE & TWO in the Martha's Way Series
to Another Lucky Winner!
International
Ends December 1, 2014
a Rafflecopter giveaway
Posted by Dii at 12:10 AM