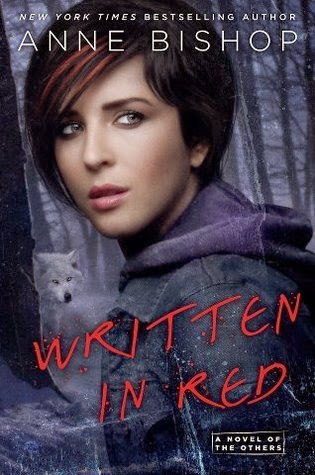 Synopsis:
No one creates realms like New York Times bestselling author Anne Bishop. Now in a thrilling new fantasy series, enter a world inhabited by the Others, unearthly entities—vampires and shape-shifters among them—who rule the Earth and whose prey are humans.

As a cassandra sangue, or blood prophet, Meg Corbyn can see the future when her skin is cut—a gift that feels more like a curse. Meg’s Controller keeps her enslaved so he can have full access to her visions. But when she escapes, the only safe place Meg can hide is at the Lakeside Courtyard—a business district operated by the Others.

Shape-shifter Simon Wolfgard is reluctant to hire the stranger who inquires about the Human Liaison job. First, he senses she’s keeping a secret, and second, she doesn’t smell like human prey. Yet a stronger instinct propels him to give Meg the job. And when he learns the truth about Meg and that she’s wanted by the government, he’ll have to decide if she’s worth the fight between humans and the Others that will surely follow.

My Review:
Written in Red by Anne Bishop

Don’t you just love when you start reading a new series and know instantly your found a winner. Written in Red hooked me immediately.

This is a world in which the humans are prey while the supernatural world, the Others, rules. Human existence is tolerated at best and can become if the Others are so inclined. There is a tentative truce between the humans and Others but the truce is sitting on a razors edge in more ways than one.

Meg Corbyn has held captive by humans for her ability to see the future. Considered property and used as her handlers see fit, she makes a daring escape for her life. She escapes only to stumble into an Others’ trading post, one of the few places Others and humans intentionally interact. Meg pushes for a job as human liaison, neither Meg nor the Others are prepared for the impact she will have in the turmoil to come.

Wolf shifter, Simon Wolfgard is intrigued and unsettled by the human that doesn’t smell like prey. He reluctantly hires her for the position of human liaison. Simon quickly discovers Meg is unlike any other human he has ever encountered…but when the humans come for Meg will she be worth fighting for.

The plot is dark, the story riveting, the characters and storyline is unlike anything I’ve ever read…and you know I’ve read a lot. Bishop’s unsettling story digs deep into some very strong political issues like prejudices, corruption and superiority.

This will be a series that I will be revisiting and an author that I will read faithfully.