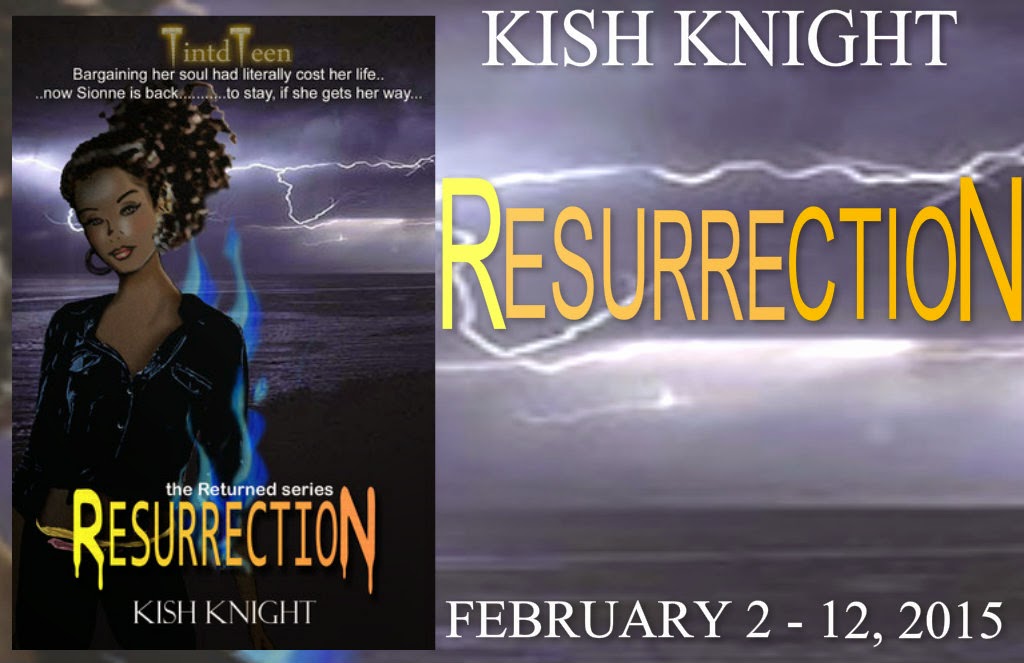 What would YOU trade your soul for? 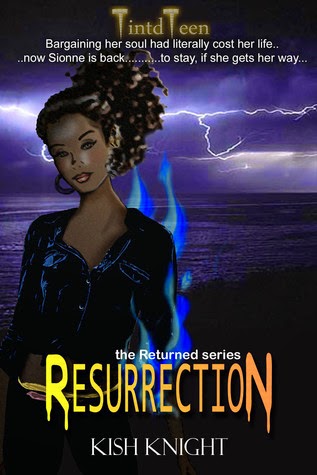 Bargaining her soul had literally cost her .... her life.

Sionne Webster comes to in a new body, that of a recent suicide: an unpopular, mousy girl. She’s got no clue who this chick was, or why her body was chosen for Sionne’s Earth resurrection. What Sionne does know is that she’s only got a few days to find her own murderer before the demon master, Tevit, whisks her back to Hell, hopefully with a killer in tow. Until she discovers that her unknown body donor IS her murderer. Unknown to the demon, Sionne has no intention of returning to the fiery pits, not when all she needs is a human guy to fall in love with her. Luckily, something has delayed Tevit, but any day now, he will seize the body, no questions asked, and toss it to River Styxx with her trapped inside. A slight problem...

Now Sionne will do anything to keep from going back to Hell, even depend on the hot, sexy chaos demon that she had to ... get closer to... as a part of the resurrection ritual.

The clock is ticking...

Ever thought, I’d trade my soul for ___? After hearing Sionne’s plight, you may re-think considering that option. Strap in, we are about to take off for a wicked fast read by Kish Knight, who knows how to write attitude, humor and charm with the flick of her pen! Resurrection is a tale about, well, resurrection, Sionne’s to be exact. Vanity, pure and simple, Sionne wanted hotness and, trust me, she got it when she made a deal with the devil for beauty. Silly girl, did she really think it would be a fair deal? Who would know that a mere two years later she would be killed, still looking good, but definitely dead and now she bargains for a trip back to the living to find her killer. But has she learned something from the Hell’s most notorious bad guy? Does she have other plans up her sleeve? Does she know WHO she will be or what she is in for? What about the guy she thought she was leaving behind? Get ready to be laugh, because the wit is rolling and Sionne is on a mission!

Kish Knight, you have got the touch! You gave us great characters that have their own unique set of personality quirks, a look at the problems dealing with the devil, and a chance to see what happens when ones sets out to outwit the master of deceit! From set up to that final word, Ms. Knight has given this her all and it shows. There was no way I was putting this down until I had to. Face it, if I had the opportunity to go back to seek closure and justice, the thought of a little mystery would a definite plus. Well done! Fun YA reading that feels oh so real, at times.

Kish the author:
1. About Sionne-did you know of a girl that would fit her description in the beginning? (Being hung up on her appearance)
No, I definitely did not base Sionne's character on any one person that I know.  The character was all fictitious, however she does have an interesting history behind of her (at least to me).  My novel, Returned, and the mini-novels springing from it (Resurrection, Hellbound, etc.) are a rewrite of a full-length novel that I wrote about five or so years ago.  The main character was a seventeen-year old GUY, named Sean, not a girl like Sionne.  Sean was written as extremely kind, but somewhat narcissistic as well.  Their situation is the same, though in Sean's story there was no demonic play, rather celestial intervention.  He was given his second chance from the heavens, as opposed to Sionne, who begged the demon for hers.  I rewrote the storyline with this new, sassy character, because it was a great concept for me, but I felt it needed a fresh spin.  (At least to me....I've re-read the original version at least fifty+ times!)

2. You write for YA/NA audiences, why? Is that what you read or did you see a need and space for new ideas and heroes?
I LOVE YA/NA.  Plus, I think that I have been waiting all my adult life for the New Adult bracket to pop up.  Don't get me wrong, I love adult books as well, but my love of reading stems from my days as an elementary/ tween -aged kid devouring Chris Pike/ R.L. Stine novels as fast as I could get them.  I would think, 'Wow!  All these things happen when you're in high school!  Action, psychos, magic, wow!'  It was mind-blowing, but then I got high school, and not only did those exciting things NOT happen, I also couldn't wait to race through my teen years.  So no action, psychos, magic for me.  But now, years later, as an author, I long to re-create that magic for some set of tweens in their reading years.

Also, I do want to introduce new character profiles.  I think, somehow, growing up, I always read about a lot of tall, thin, 'girl-next-door' cute, un-confident redheads.  Now I want my characters to be varied in their looks, AND I want them to be confident, so that they can be taken down a notch or two.  (No more UNSURE characters!)  Like Sionne, is an original character.  She's a black girl.  She seems to be the leader of her group of friends, as opposed to 'just one of the others'.  She is very confident, but short on patience.  Also, as opposed to the old teen heroines that 'need a boy to come in and tell them that they are beautiful', Sionne doesn't need that; she already knows.  Her looks are demonically-enhanced, and she's very sure of herself.  But, she's about to be taken down off her high horse.  In Returned, the reader gets to see Sionne's internal conflict as she suffers the repercussions of her demonic deal.

Kish the person:
3. Tell us three things about you that probably cannot be found online. (Something funny, a food you hate or love, stuff like that, nothing you really don't want to share)
Ah ha! (rubbing my hands together evilly..(is that cliche?))

Three secret things about me:

FUNNY: I rescue animals...typically stray dogs.  One time, though, I tried to 'rescue' a cow that I thought had been abandoned (it wasn't).  So there I was, struggling to carry a bucket of water for the animal to drink, water spilling all over my shoes, for this cow, all the while being terrified that it was going to kick me in the head, when the OWNER shows up and takes the cow away.  AWKWARD...

FOOD/ DRINK: I have an unhealthy, OBSESSIVE fascination with Orange Juice.  (As a kid, I would drink an entire pitcher until my stomach hurt.  (Not good...))

PERSONAL: I have two strong personalities, so it makes for an interesting time at home.....(I'll leave it at that...).

Thanks for Tome Tender (and Dii) for having me! 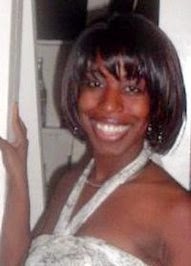 Kish Knight, fantasy and contemporary novelist, was born and raised in the US Virgin Islands. After gaining her M.Arch in Savannah, Ga, she remained there, enjoying the ghost stories and old-world charm. She finally returned to the Caribbean after missing the sunshine and beaches, and now travels back and forth between the islands and the States. When not at her desk, she's most likely to be found swimming at the Frederiksted pool, and plotting out ways to take over the world (or at least the book market). A lifelong horror fan, she is a supporting member of the Horror Writers Association. Her current round of busywork involves developing a plethora of design documents for her latest e-book series.

Enter to WIN 1 of 5 eCopies of Both Resurrection &  Hellbound - books 1 & 2 of the Returned Series
Ends February 12, 2015
Open International Where Allowed
a Rafflecopter giveaway
Posted by Dii at 12:10 AM