The Immortality Game by Ted Cross 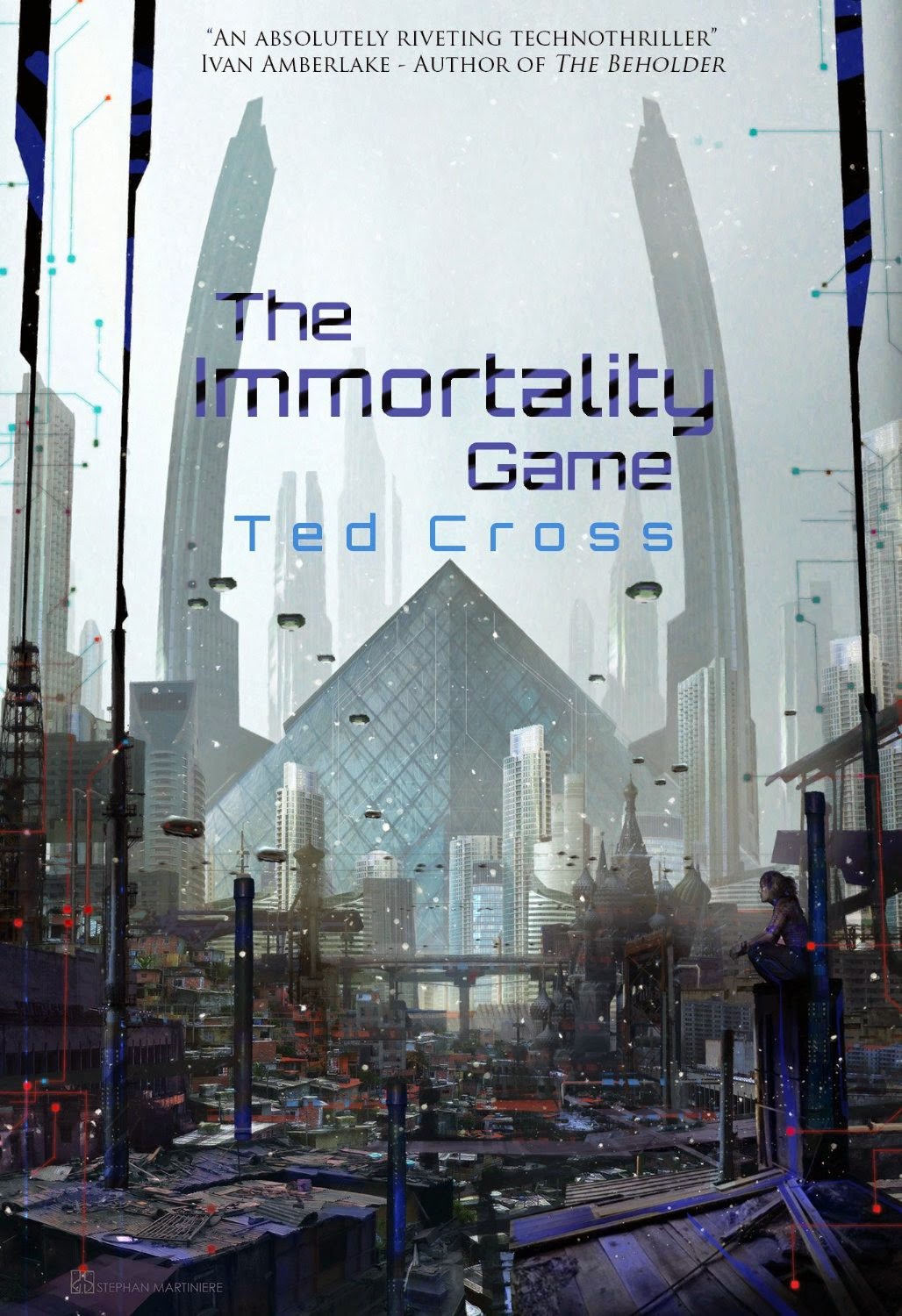 The Immortality Game
by Ted Cross

Moscow, 2138. With the world only beginning to recover from the complete societal collapse of the late 21st Century, Zoya scrapes by prepping corpses for funerals and dreams of saving enough money to have a child. When her brother forces her to bring him a mysterious package, she witnesses his murder and finds herself on the run from ruthless mobsters. Frantically trying to stay alive and save her loved ones, Zoya opens the package and discovers two unusual data cards, one that allows her to fight back against the mafia and another which may hold the key to everlasting life.

My Review
The Immortality Game by Ted Cross

The Immortality Game, admit it, we would all like to win that one, but at what cost? Ted Cross takes on a trip into the future to Moscow, the year is 2138 and the world has barely survived a complete meltdown. The poor struggle to scratch out a living serving the wealthy and elite. Science has made tremendous bounds, but is it going in the right direction? Citizens are required to have data ports implanted. Yeah, think built-in USB port for simplicity's sake, is it a scientific break-through or forced compliance? Has Big Brother gone Techno?

When Zoya is asked to deliver a package and witnesses the murder of the sender, she opens the package to discover two data cards that could change the world and its quest for power and immortality. Meanwhile, across the globe another is on the hunt for those cards. Marcus comes to Moscow, but is he alone? His father has been absorbed into the ether, his essence alive, but his body is gone. Could these cards be the answer to bringing him back to the land of humans? Do these cards represent a chance to populate far off planets? Are they meant only for the elite, the chosen few? The winner of the race to space and a possible Utopia called new Eden? Possession of these cards will mean death for Zoya, but using one herself could keep her alive as she and Marcus dodge the Russian mob bent on revenge and retrieval. Who can be trusted? At its best, the world is bleak and dangerous; it will take a miracle to survive.

Ted Cross’ version of the future is chaotic, cold and over-powering as seen by his choice of covers. They say one picture is worth a thousand words, and I think he nailed the atmosphere he has created perfectly. Is he telling us our futures will be decided by science? Are we headed down the path to self-destruction or hope? Mr. Cross gives us several characters to see this world through, to feel the constant tension, the need for secrecy, the mistrust and the wickedly divergent economic classes.

This is brilliant science fiction at its brutally raw best. There is no walk down a peaceful trail, this is grit and survival, but who says who is the fittest? I promise you, Ted Cross has created a world that may stop you in your tracks, make you believe in the sights, sounds and smells he describes, as his words get under your skin and keep bouncing around in your head. Fascinating and powerful!

I received this copy from Ted Cross in exchange for my honest review.