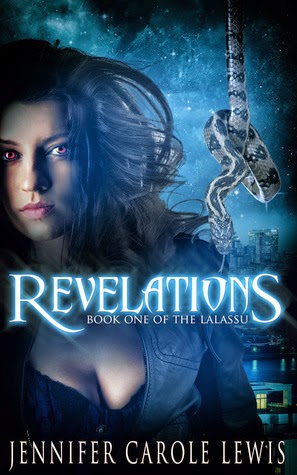 Synopsis:
For millennia, the lalassu have existed at the fringes of society, hiding in the shadows. But someone is determined to drag them into the light.

Dani has spent years fighting against her family’s urges to take on the mantle of High Priestess for the lalassu. Stronger and faster than any ordinary human, she has no interest in being a guide for her people. She likes being independent and enjoys her night-job as a burlesque dancer. But a darker secret lurks inside of her, one which threatens everyone around her.

Isolated and idealistic, Michael works as a developmental therapist for children, using his psychometric gifts to discover the secrets they can’t share with anyone else. When one of his clients is kidnapped, he will do almost anything to rescue her. The investigation leads him to a seedy little performance club where he is shocked and thrilled to discover a genuine live superhero.

Michael and Dani must join forces to save those they care about from becoming the latest victims of a decades-long hunt. But the fiery chemistry between them threatens to unlock a millennia-old secret which could devour them both.

The clock is ticking and they will be faced with the ultimate hero’s choice: save the world or save each other?

Dani is a member of a group of humans called lalassu; they are humans with spectacular powers. When her brothers are taken for their abilities, Dani must face her destiny she's been running from or loose the people she loves.

All his life Michael has been different, he has a psychometric gift which he uses in his career as a developmental therapist for children. When one of his children is taken he promises to get her back.

Dani's and Michael's paths collide when they both realize they are searching for a way to rescue the ones they care for from the same corporation. The attraction is magnetic, add in Dani's heritage and it becomes down right seductive.

I reveled in the everyday issues and dynamics put on this family packed full with supernatural powers.

There was just something magical and memorizing about this completely original and vivid world of Lewis's imagination. The story is at times dark and gritty but still holds the feeling of real people. This is a wonderful start for a new series. 4.5 stars.

I received this copy of Revelations from Jennifer Carole Lewis in exchange for a honest review.