The Third Throne: Angel of Darkness by Tabitha Barret 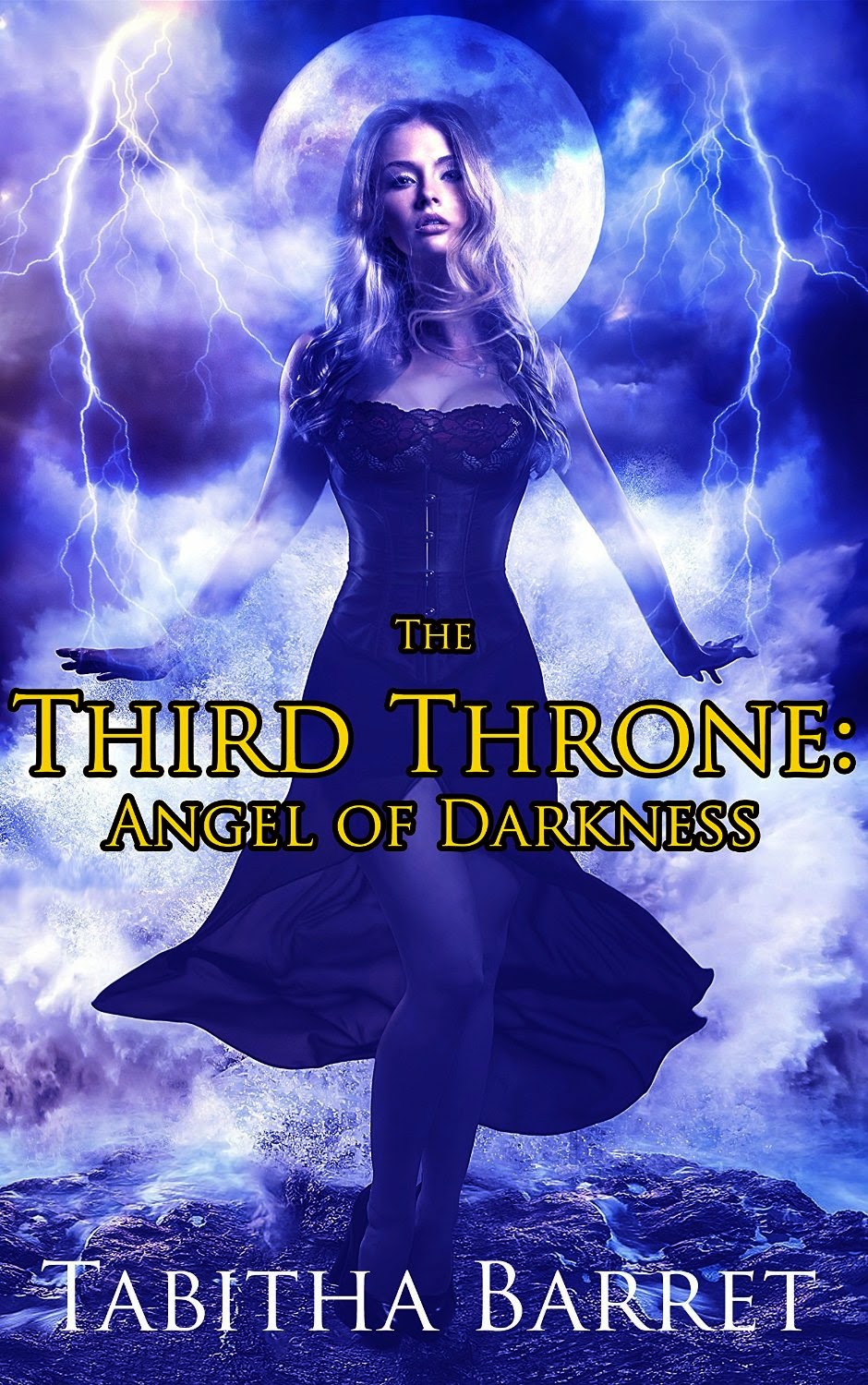 The Third Throne:
Angel of Darkness
by Tabitha Barret

The Angel of Darkness is dangerously close to succumbing to the evil around him. She is the only one who possess the power to tame the darkness inside of him, but will her love be enough to prevent the end of the world, or will loving her lead to his downfall?

Michelle Black is a less an ordinary woman who's strange abilities plague her daily. After hearing a strange voice in her head, she awakes to find that she is now a servant of Hell. Can she trust the Angel of Darkness' kind and loving words, or is he deceiving so that he can use her for his own purposes?

My Review
The Third Throne: Angel of Darkness by Tabitha Barret

Get ready to see angels through an entirely new light! Discover an ancient promise made to the archangel Gabriel and how one teen’s mortal life ends as she begins to fulfill her destiny with the dark angels in Hell. Tabitha Barret’s The Third Throne: Angel of Darkness is a wicked journey through the levels of Hell as Lucifer meets his match in the seduction game in the arms of a young suicide victim destined to be his mate and so much more.

Michelle was a beautiful teen, her heart belonged to her best friend and confidant, but the rest of her life always felt just off kilter. Her parents seemed to be paper cut-outs, the only family she could relate to was Uncle Bob, tall, almost too good looking and always on one adventure or another. This was summer she was going to travel with him and be part of the excitement of his world. Why would she commit suicide? Was it the voices she heard in her head or the nightmares she had that were filled with torture and pain?

She awakens in the world of her nightmares and comes face to face with Lucifer, who expects her to be his concubine, his mistress, but is he hiding something from her? She is meant for more? Second in command, Hades has it out for her, but he cannot destroy her. The secret may lie in the truth of her real father, and her destiny to destroy the world.

Watch Tabitha Barret’s interpretation of the relationship between Heaven and Hell unfold in vivid detail. See the blinding light of the angels in your mind, as well as the evidence of the wrath of Lucifer in graphic detail. Is Hell really for eternity?

Simply riveting, this tale unfolds into so much more than I expected as we take the leap from mortal Earth to the bowels of Hell. Ms. Barret writes with creative abandon, coloring outside the lines of the traditional supernatural with bold strokes and an incredible imagination. Each scene and every character are realistic, no one is all bad, not even Lucifer, although Hades can be a little twit. Ms. Barret’s trip to Hell has heat, but the sensual heat between Lucifer and Michelle, now that’s flaming hot! You guessed it, this is a brilliant gem with a fiery glow that needs to be read!