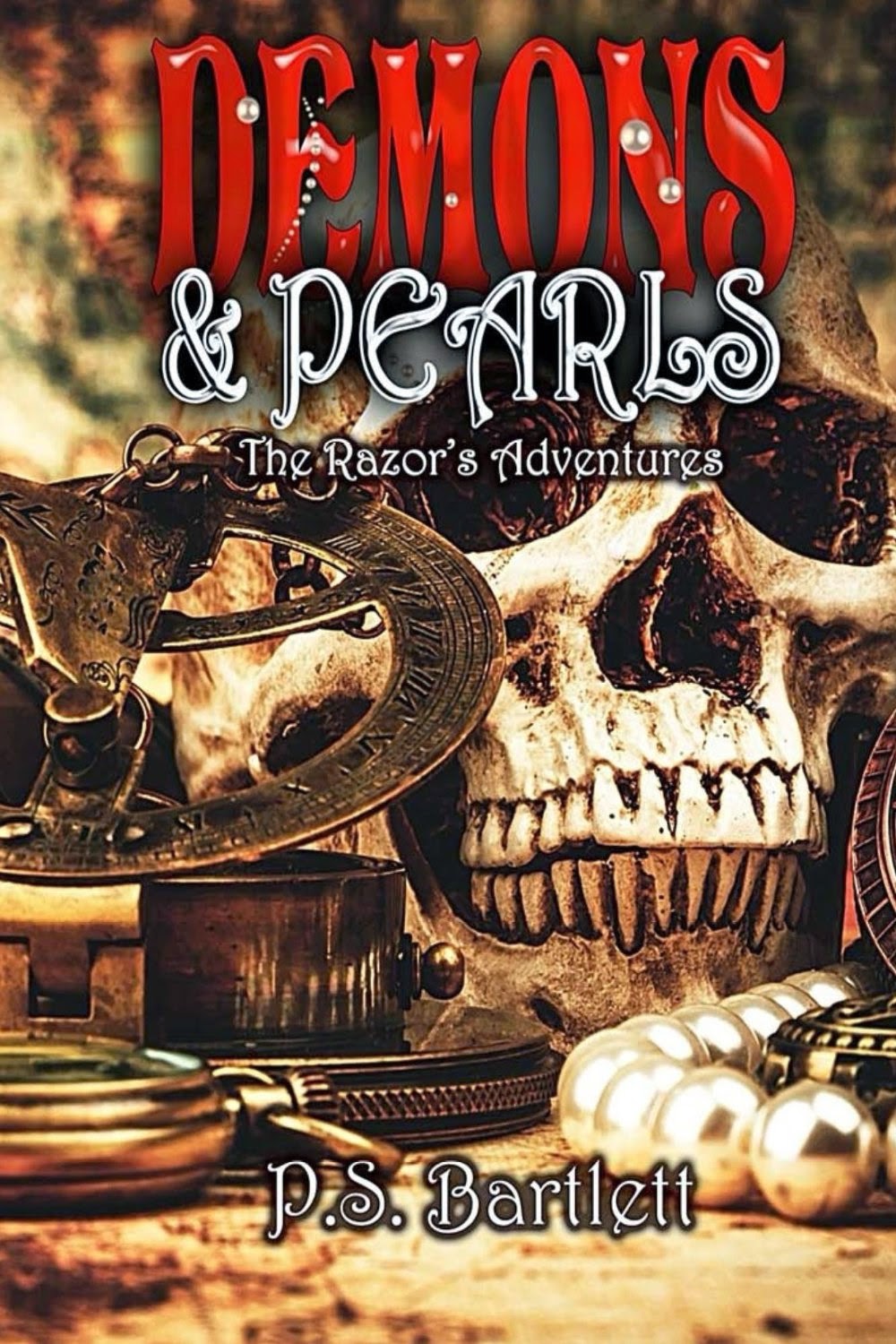 Had I known the repercussions of murdering the captain of a pirate ship, I may have taken the time necessary to rethink the act. As if I’ve ever had a choice that didn’t involve a fight or at the very least, defending myself against some man, hell bent on destroying me or my kin.
All we wanted was our freedom. All we found were demons disguised as men.
A woman pirate needs friends, big strong male friends, to survive in this unforgiving land of thieves and murderers—at least until she gets on her feet. Of course, trying to find one person you can trust is like finding an oyster with a perfect pearl in it—you have to break a few shells and get your hands dirty. We were lucky. I found the biggest, baddest and most honorable man in the Caribbean and he just happened to be in the pearl business.

You won’t want to miss this swashbuckling pirate tale! Always the family protector, Ivory has taken on the best of the best on the high seas as she and her cousins are kidnapped to be sold into slavery. She has also ticked off a few nasty pirates along the way and her life is in grave danger. Perhaps murdering a pirate captain, deserved or not won’t earn her the respect she craves as a force to be reckoned with. The rules of the sea clearly state she has won the right to be captain of her own ship, really, what young woman doesn’t want to be a pirate? Her first duty would be to stop the brutal manhandling of women, including rape, torture and the selling of their favors. Not so popular a mission in the dark corners of a pirate’s world, because aside from their own code, pirates are soooo honorable, right?

Ivory’s biggest mistake in killing the thieving pirate? He has a brother, who is equally as thieving, murderous and is hell-bent to exact revenge, which IS part of the pirate code. One pirate stands above the rest, literally as well as honorably and Ivory may have met her match in the love department. Will it be enough when the battle at sea begins? Ivory would die to keep her family safe, and it looks like she just may have to…

Action, adventure, strong women, equally strong men, smelly pirates and dirty minds, plus a sword fight or two, thanks to the imagination of P.S. Bartlett and Demons and Pearls. There is never a dull moment as we are settled deeply in the mind, thoughts and actions of Ivory, aka, the Razor! She is tiny, she is tough and she has a heart as big as the Pacific Ocean and she is creating a stir among all pirates, everywhere! Humor, horrendous deeds, heart and a mutiny or two, when will they learn to stay on the good side of The Razor? P.S. Bartlett has outdone herself with this tale! I almost cried when I hit THE END. This one is more than a gem in the treasure chest of reading!

I received this copy from P.S. Bartlett in exchange for my honest review.