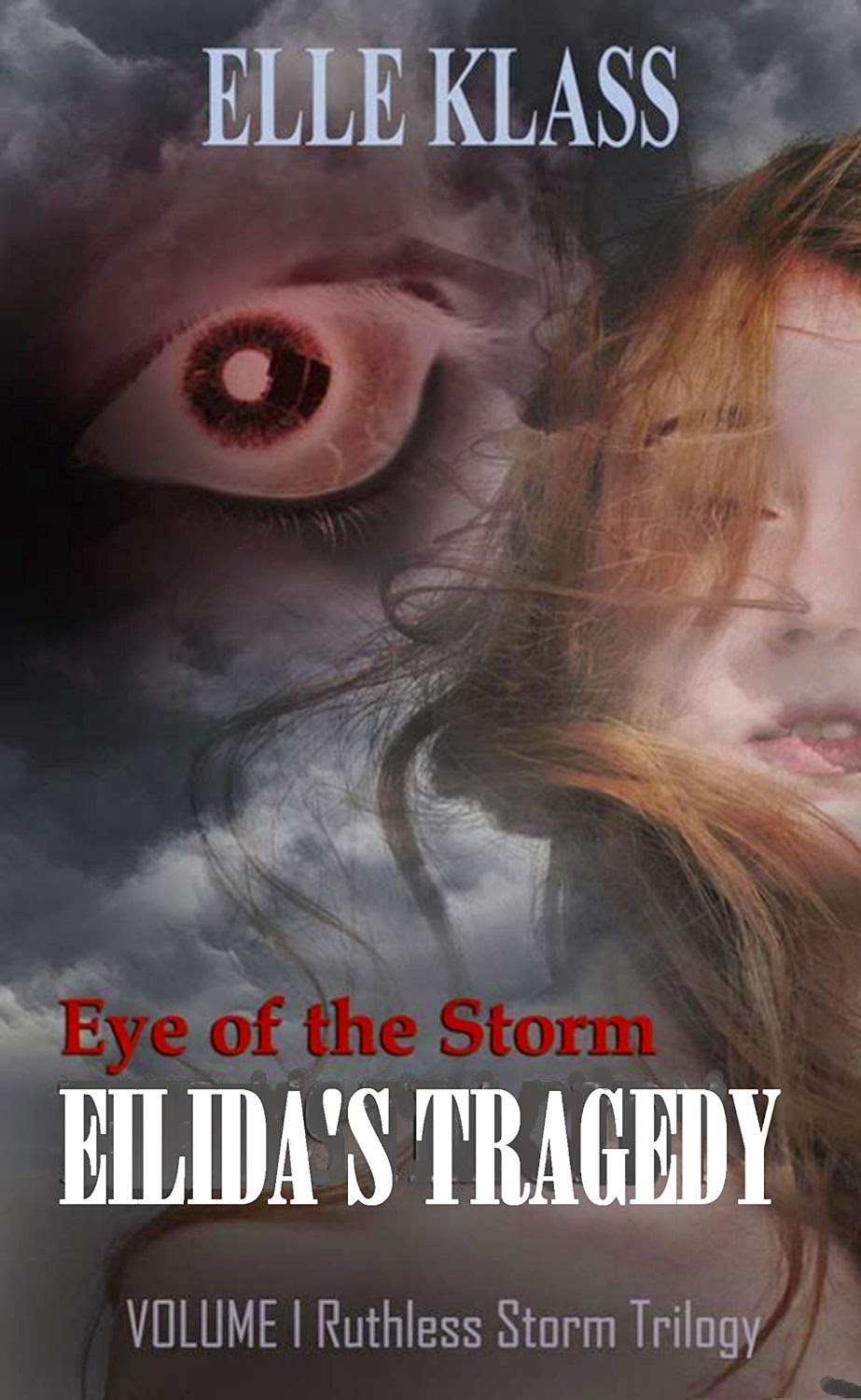 Eye of The Storm
Eilida's Tragedy
by Elle Klass

A disturbance at her neighbor's house piques Eilida’s curiosity. What she discovers is so shocking it sends her running through the mountainous woods during a thunderstorm. She slips on the wet ground, plummets down Mount Wilde, and slams into a large boulder beside River Freedom. Eilida is transported to Lyden, where Sunshine, a receptionist at the local paper becomes engrossed in her story. The further Sunshine delves into Eilida’s life the more entangled their lives become. Paranormal events, frightening dreams, and terror filled memories draw the women together into an unthinkable web of horror.

My Review
Eye of The Storm: Eilida's Tragedy by Elle Klass

Settle back, keep a few flashlights handy, bolt the doors get ready to enter Elle Klass’world, where the unexplainable happens and things go bump in the night, but are they real or a figment of a young girl’s battered imagination? Eye of the Storm is one of those psychological thrillers that will leave you looking over your shoulder, listening to strange sounds and delving into
your own past to be sure you didn’t miss a family member or two.

Eilida lies unconscious in a hospital bed after fleeing from a horrendous scene of death and its gruesome aftermath. Sunshine, who works at the local newspaper becomes obsessed with finding out who the unidentified girl is and what happened to her. The webs of this tale run deep and entrap her in a world of nightmares, horrific memories and strange events as these two strangers are drawn together by an inexplicable, yet powerful force. Did fate deem that their paths would cross? How can two women share the same mental imagery? They’ve never seen each other, but there is something otherworldly going on. The question is what? Is it possible to connect with another so deeply you could take over their life or is it all a terrible dream belonging to only one of them?

Pay close attention as Elle Klass tries to strip away your skills to ferret out the answers ahead of time, by creating a whirlwind of action, twisted plotting and pure terror! I love it, I want more, but I admit, I will be sleeping with the lights on for a while as the unknown plays hide and seek with my mind.

I received this copy from Elle Klass in exchange for my honest review.