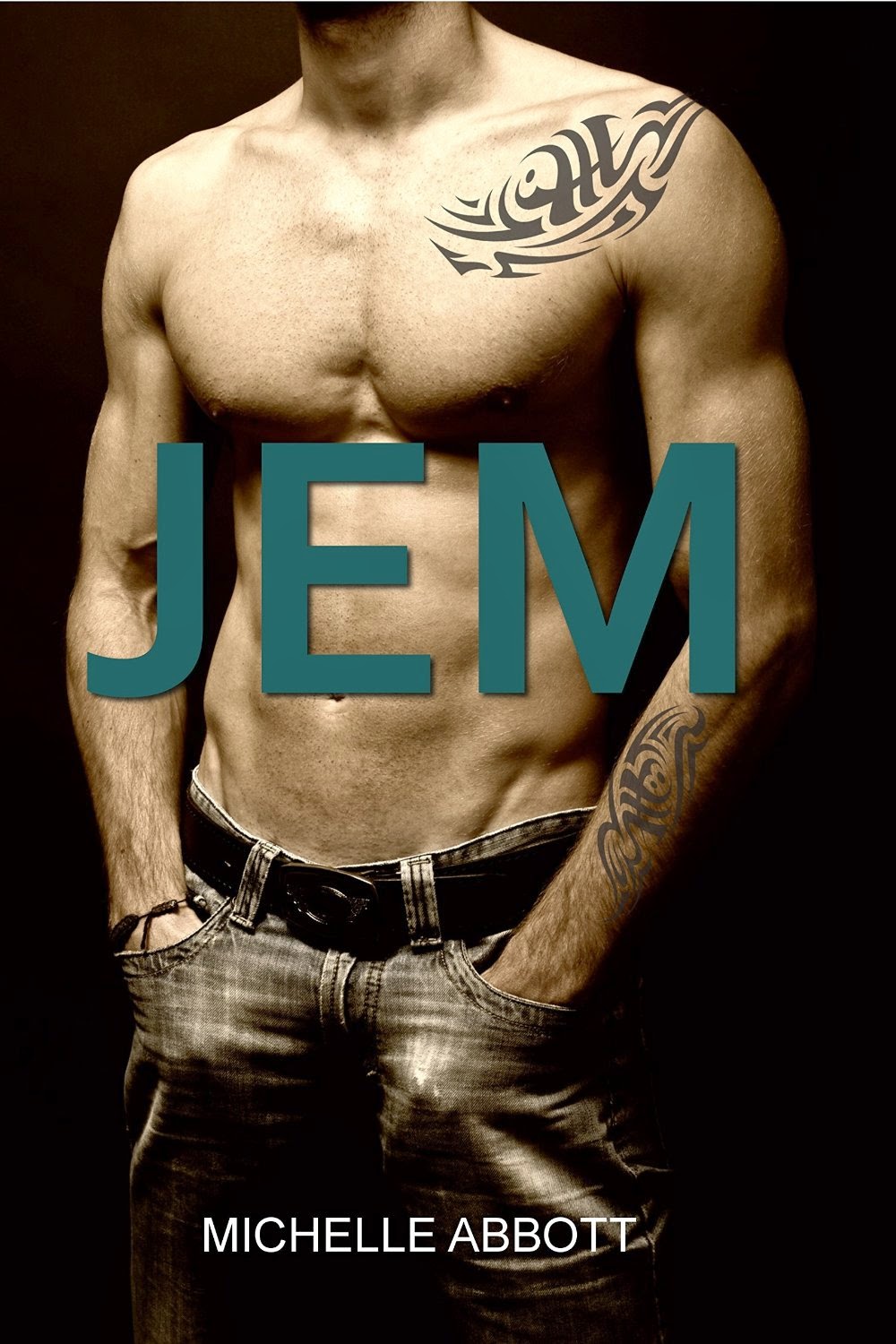 Two injured, stubborn souls meet unexpectedly. Will they save each other from their demons or have they been too damaged for too long to see past the pain?

Growing up, all Jem knew was hatred and the pain from his father's fists. Taunted by the kids at school, he was alone, until a girl with carrot coloured hair sat next to him.

She smiled.
She listened.
She cared.

She was his angel, and he knew he’d love her forever. But Jem’s father hurts him in a way he never expected by taking him away from her.

Now eighteen, scarred inside and out, Jem trusts no one and has worked hard to ensure he'll never be helpless again. But then he runs into his angel. The only problem is she doesn’t recognize him. Jem needs her to remember him, to show him that their time together meant to her what it did to him. For once in his life he wants to have mattered to someone, to her.

Devon is attracted to the muscular, tattooed, pierced hottie standing by the pub quiz machine. That is, until he punches a guy clean across the bar for daring to touch him. She’s had her fill of violent men and intends to avoid this one at all costs.
This is a standalone, new adult contemporary romance. Due to strong language and sexual content, this book is not intended for readers under the age of 18

My Review
Jem by Michelle Abbott

Settle in, keep some tissues close, rein in your temper and get ready for Jem by Michelle Abbott. Your emotions will be carved up, you will feel frustration and then understanding as some things are necessary for all of the wrong reasons as one damaged and scarred young man re-connects with his childhood angel, the little girl he vowed to love forever. That was years ago, before they were torn apart, but Jem remembers Devon, who loved him, took care of him and was his best and only friend in a world otherwise filled with punches and slaps, yelling and brutality. Devon may have gone out of his life, but his father and brother’s brutality never did. Vowing never to be helpless and to always stand up for others, Jem is no longer that little boy, he is powerful, muscular and uses tattoos to cover his scars. Devon is now a mother, but is she single? Why doesn’t she recognize the scary looking behemoth as her little Jem? Like the child he once was, he will not tell her who he is, he NEEDS to be recognized.

Devon’s life didn’t go as she had hoped, but she wouldn’t’ trade her son for anything a she hides out from the man who has used her as a punching bag, her little boy’s father. Men are suspect in her eyes, few can be trusted and until the tattooed guy flew into a rage and pummeled another, she felt a pull to him, something she could not pinpoint. Will this man’s rage become her saving grace or will he become just one more untrustworthy man, keeping secrets through lies of omission?

Michelle Abbott has painted a fresh face on the world of angst and pain-filled romance through her endearing portrayal of both of her main characters. She has colored Jem as a man hiding his pain behind his muscles and tats, an overgrown boy scout of sorts. His heart is on his sleeve for all to see, but his temper boils just below the surface. Devon, while having her own demons to deal with is the stronger of the two in so many ways. The supporting characters? Get ready to chuckle at their banter, enjoy their antics and applaud their protectiveness for Devon. Ms Abbott has written pure dark magic with each stroke of her pen a she awakens your emotions to the lives of these characters and their situations. A little on the dark side, but well-balanced by the touches of humor, this one had me from start to finish. Don’t expect a fast and frenzied pace, expect to be able to savor this tale without having to muck through unnecessary pages. Quick, thought-provoking and just plain good writing!

Email ThisBlogThis!Share to TwitterShare to FacebookShare to Pinterest
Labels: Michelle Abbott, own