Melody of Demons by Ros Jackson (The Kaddon Keys, #1) 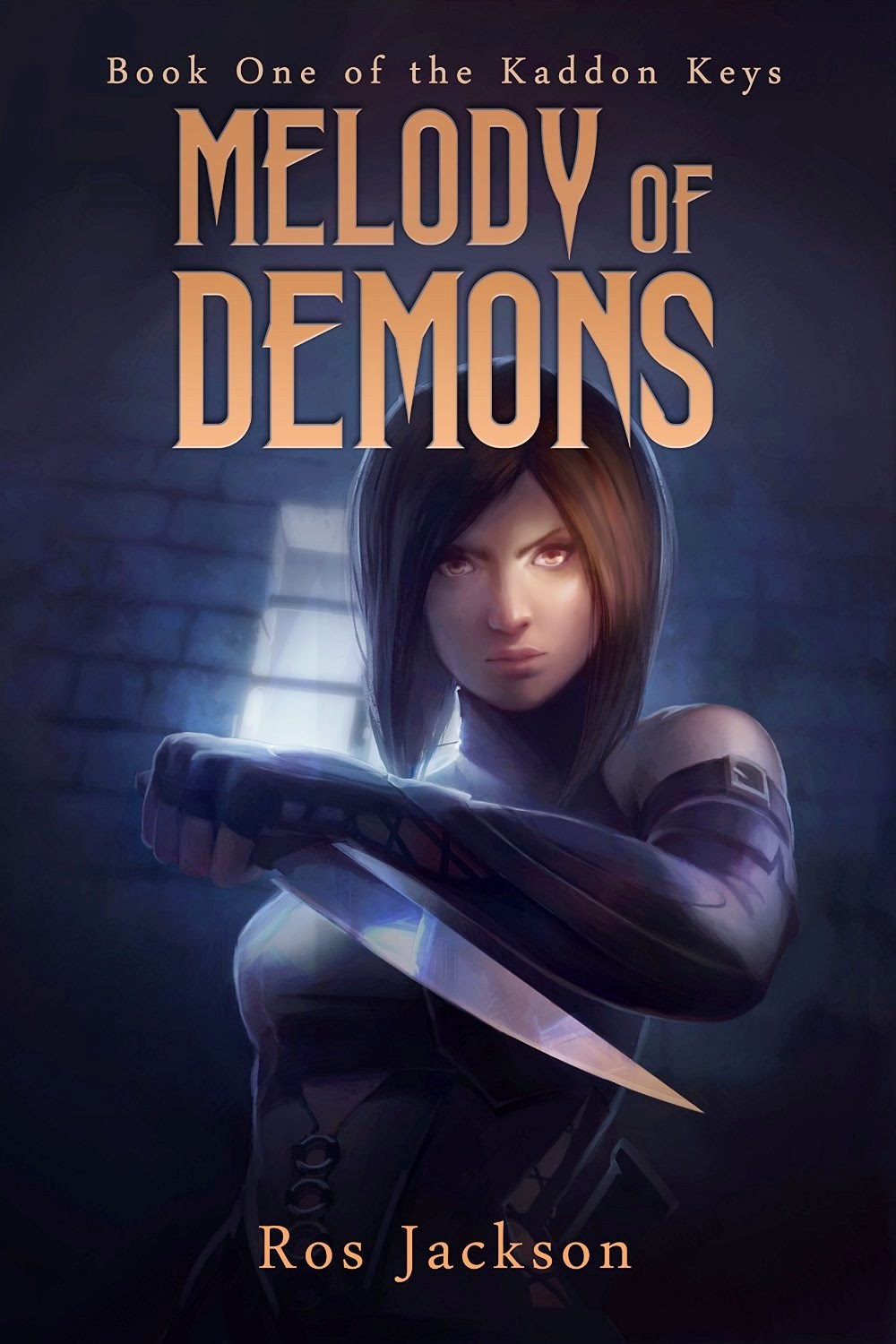 Melody of Demons
by Ros Jackson

In her home village, Aivee is worse than nobody. If her secret identity as a half-demon leaks out, she's dead. But in the capital city she will reinvent herself as a dancer. She'll be wealthy, and adored by thousands. Nobody will be able to hurt her.

Nori knows how cruel the city can be. She's lost her mother to its plagues, and lately her younger sister has joined the ranks of its disappeared. But she's not giving up. The ruling classes think they can treat people worse than beasts and strip them of their human rights. Powerful factions want to keep the epidemic of missing people a secret. Well, they can eat her blades.

Nori joins a group of vigilantes fighting for answers, and voices in her head urge her to recruit Aivee to the cause. These vigilantes are bumbling amateurs, as likely to get themselves killed as to save anyone. But Nori is changing, going mad, lusting for battle and remembering centuries-old conflicts. She will whip them into shape, or die trying.

Bloodthirsty gangs, inhuman mages, and dragon gods have it in for the people of Kaddon city.

Yes, Nori is mad. But she's not nearly even.

My Review
Melody of Demons by Ros Jackson

Welcome into the dark and tension-filled world of Aivee where anyone different than anyone else is shunned, feared and put to death, if necessary, especially if they are a demon. Aivee is part demon and works hard to keep her secret-self veiled, until one night, a boy she had always longed for took advantage of her and she lost that rigid control in a moment of youthful passion. Her only recourse is to run for her life, to the big city, where she can blend in better and possibly fulfill her dream of becoming a famous dancer.

The open arms of the city and the world of dance do not exist for her. Only through finding more “social misfits” like herself, banded together does Aivee have a tenuous place to belong, but struggling to maintain her secret has never been harder, will they accept her as she is? The city is a cruel place to be, the government is not a just one and the poor are paying the price with their lives. People have gone missing and one ragtag group wants answers, wants to find their friends, family and discover what is really going on.

Aivee is brought into the rebel fold by Nori, a girl with an axe to grind with the ruling class, but will Nori's mad need for revenge cripple this inexperienced group before they even gain any answers? Is this Aivee’s chance to be part of something big or is it like signing on for a suicide mission? Aivee feels the music in her head, she feels a beat like no other, will it save her?

I had to sit back and take a couple of calming breaths after reading this dark and action-filled read by Ros Jackson. is not a light and fluffy read, it is convoluted, twisted and a pure adrenalin rush as each page uncovers another layer of this story. Expect inexperienced warriors, fighting to save lives and reveal truths. Expect a power struggle in this group and even a touch of romantic tension. Ms. Jackson has imposed too many twists and brought in too many pivotal characters to name them all, but you will remember them, and wait quite impatiently for the next addition to this tale, filled with dragon kings, mages, demons and more. Will Aivee and her group become the David to the ruling class’s Goliath? Dark, atmospheric and filled with intrigue, a great platform to launch a new and promising series!

I received this ARC Edition from the author in exchange for my honest review.