Priestess of the Dragons' Temple by Amelia Smith (Anamat, #2) 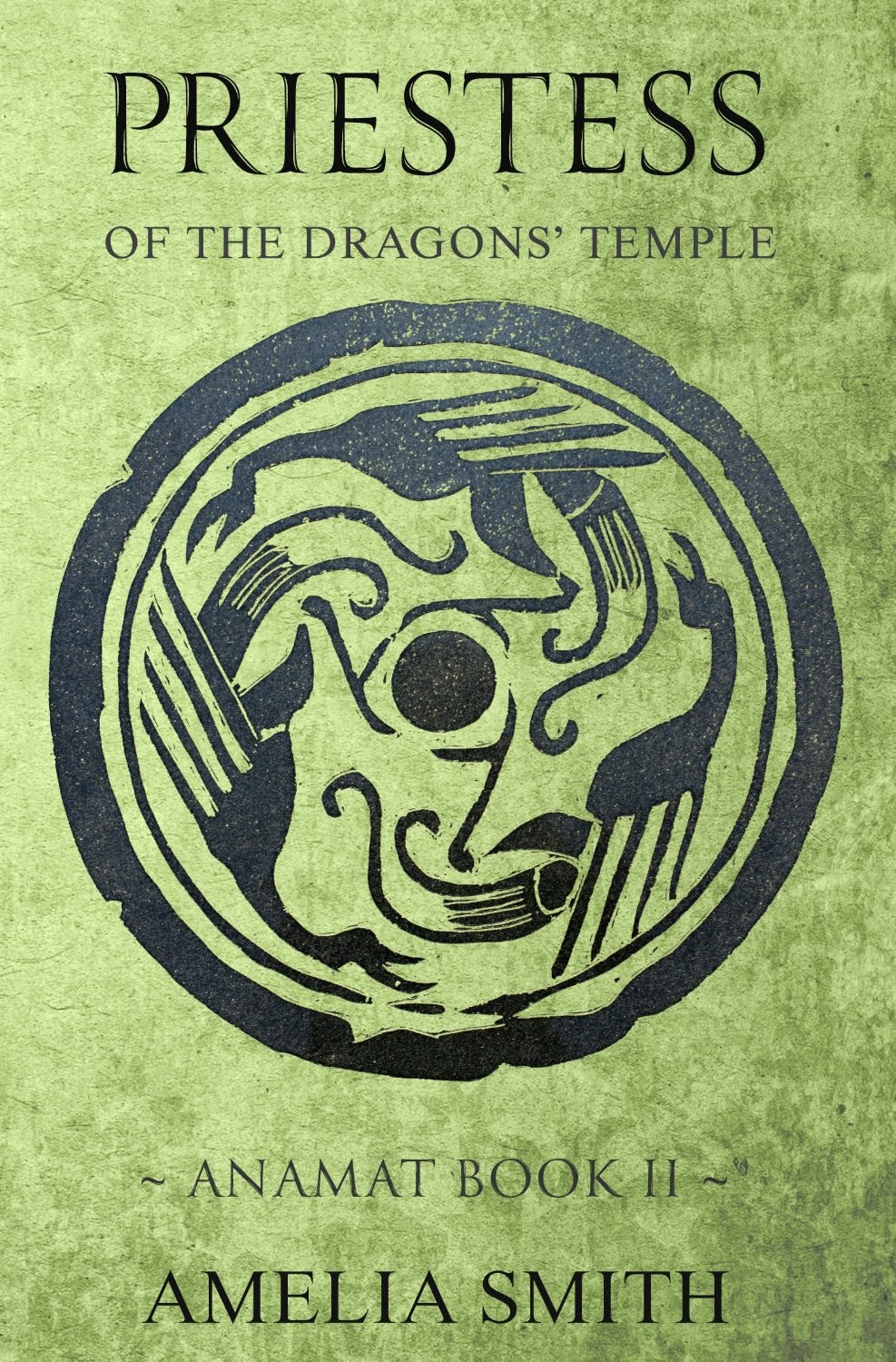 Priestess of the Dragons' Temple
by Amelia Smith

Once, Iola flew with a dragon. She might fly again, but only if she can become ambassadress to the dragons' realm. First, though, she must navigate life as an ordinary priestess, which is not quite what she'd hoped for. Some of her fellow priestesses dragon-blind and corrupt. Worse, they see Iola's devotions as evidence of greed.

Then the ambassadress returns, too sick to fly again. Iola and three other young priestesses are chosen nurse her, and to have a chance at taking her place. Iola's main rival, Tiagasa, was raised in a prince's palace. She thrives on political intrigue and gossip, and her lover is about to become governor of the city.

Iola is just a village girl dazzled by dragons. Her few friends and allies aren't much more savvy than she is. Still, they hope to persuade the new governor – whoever he might be – to make Iola ambassadress, and to choose faith over scheming, one way or another.

My Review
Priestess of the Dragons' Temple by Amelia Smith

In a land far away in another time, dragons were the protectors of the people, but only a select few were able to see them, the rest were dragon blind. Four scrapplings (beggar children) set out on a journey to Anamat, where it is said there are those who can see the dragons, but can they? For young girls, being a priestess of the dragon temple is said to be a blessing, but is it? Rituals and blessings, the “sight” and the sexual favors are seen as part of the path to pleasing the dragons and filling the coffers as men from all walks of life seek the companionship and knowledge of the young priestesses. Only those who can see the dragons experience the spiritual journey to commune with the dragons.

Not all of the girls want to be a priestess, but it is that or be cast out. Iola actually wants to be a priestess, but will circumstances change her mind? Is there something the elder priestesses are holding back? What spiritual value does the act of sex have? What is the true connection between the priestesses and the dragons? Is there a dangerous game of politics being played out with the girls as pawns?

Amelia Smith has ramped up this dark and edgy fantasy with more intrigue, more unanswered questions, more of everything! Ms. Smith allows us into the hearts and minds of the priestesses as they these girls traverse the secret world behind the walls of their temple. Not a tale that can be rushed through, but very rich in detail from each scene to thought, Priestess of the Dragons’ Temple comes alive as reality slips into the recesses of the mind and the world of dragons takes over. Far darker and more intense than book one, I think Amelia Smith has hit her stride and found a niche in the dark fantasy world for readers who enjoy the details, and the mental pictures of another world without needing the frantic pace of action. This is still an adventure, but it is for everyone, not just the characters. Relax into this one and be taken away on the wings of the dragons to the world where they are king.


I received an ARC edition from Amelia Smith in exchange for my honest review.