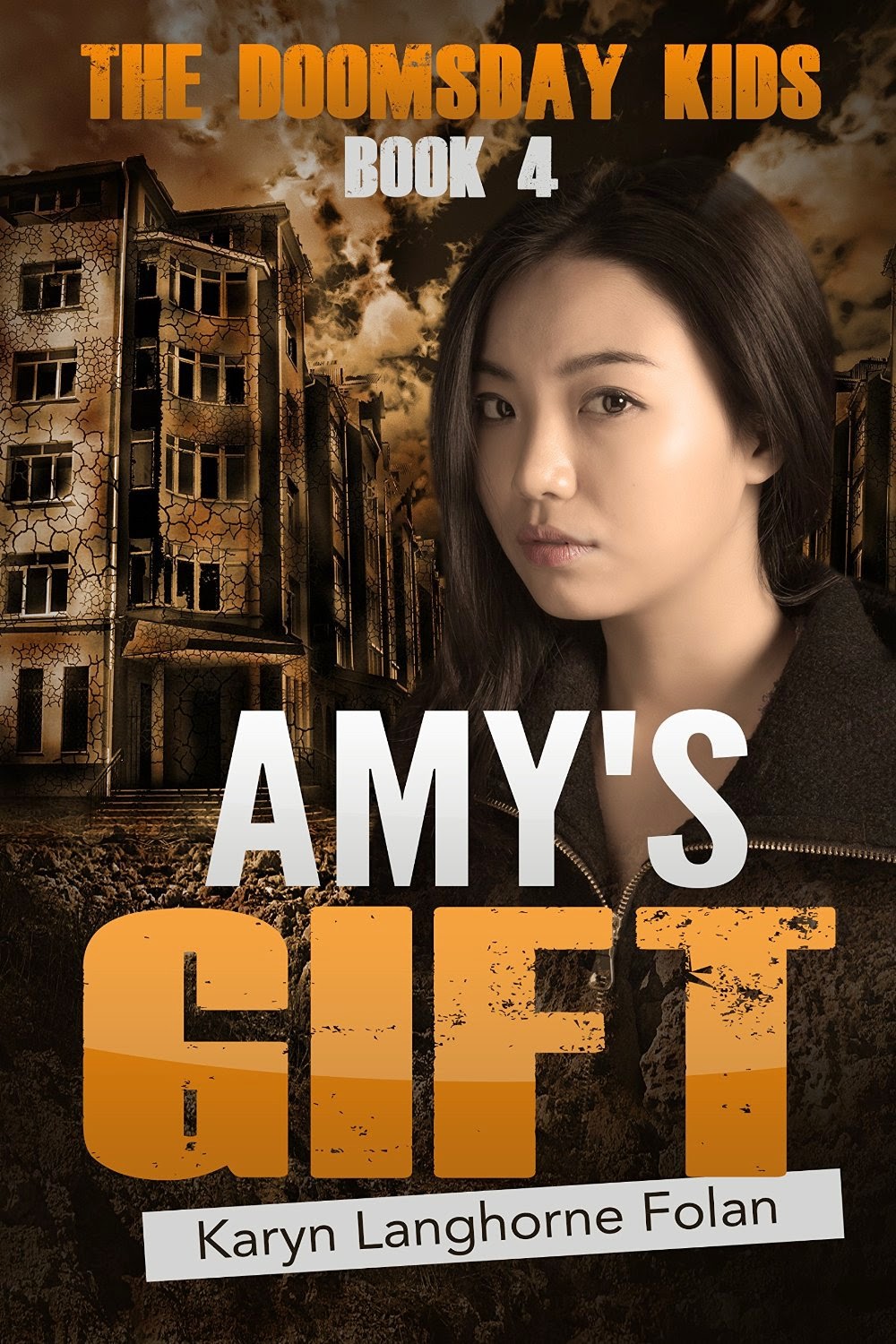 Amy Yamamoto was never exactly the “friendly” sort. Driven to be the best—the prettiest, the most popular and the most envied girl in school—Amy has lost everything she loved and believed in since the end of the world she once knew: her family, her friends and her connection to the people who understood her.

And now, after all of those other losses, she faces the end of the Doomsday Kids’ life at the Mountain Place as they embark on a journey of nearly a thousand miles in the hopes of reaching a survivors’ camp on the Gulf of Mexico. Can they reach it before their supplies run out? Can they avoid the evil bands roaring through deserted towns and cities and reach safety before it’s too late? And most of all, can Amy learn to trust the others enough to reveal her deepest secret? In a world full of death and destruction, is there a place for hope, new life and love?

This is the fourth book in the Doomsday Kids series.

Once again, that special light that belongs to youth shines through as Karyn Langhorne Folan takes us back to the deadly post-apocalyptic world of the Dooms Day Kids