The Rise of Peter Troy: The Black Road by Joseph DiBartolo 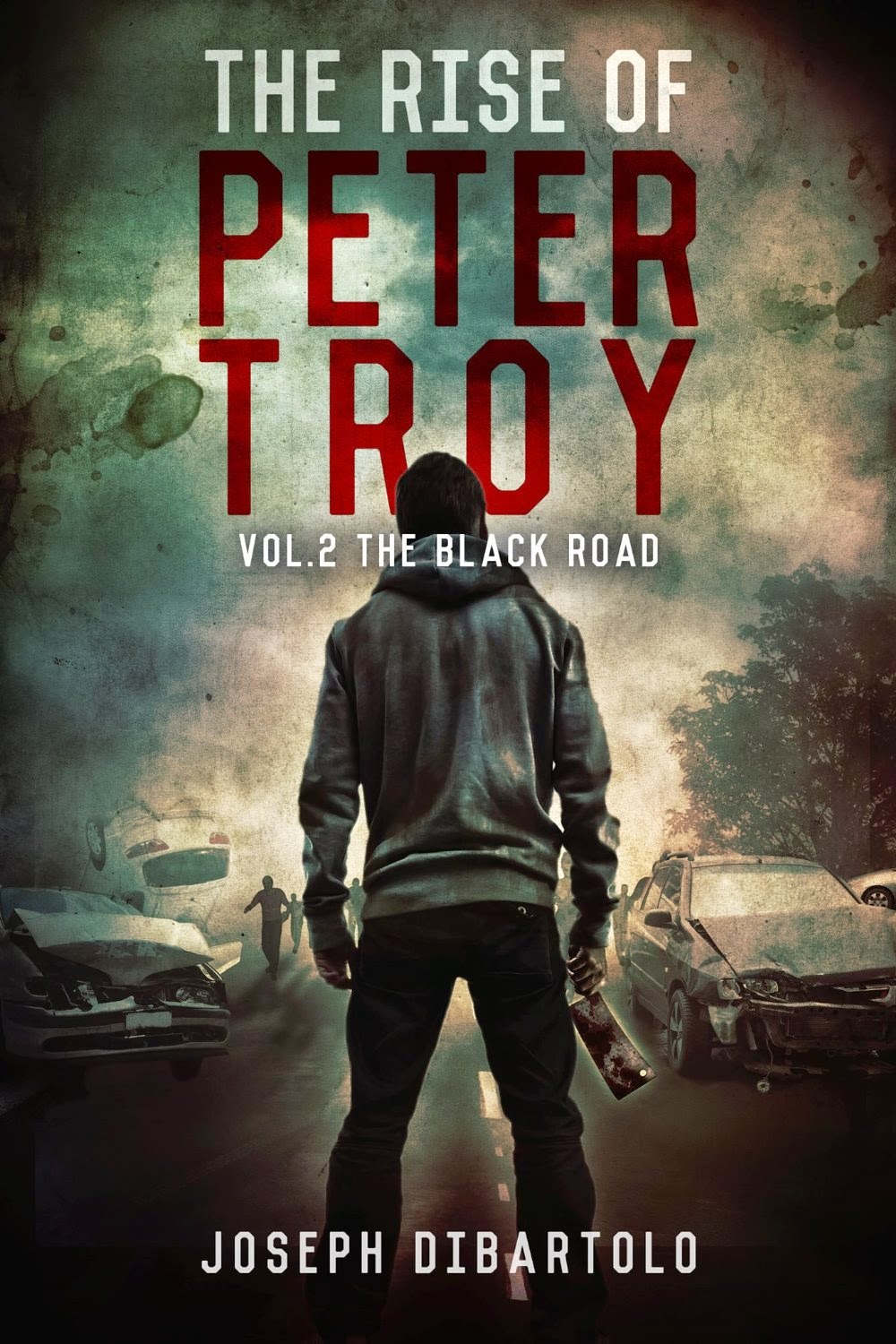 The Rise of Peter Troy
The Black Road
by Joseph DiBartolo

The journey continues with Peter Troy and his company as they fight for answers as to what caused the outbreak as well as reaching their families scattered all over the country. The action is intense, and the gore is more, with Peter slaying his way to the twisted and shocking truth behind the decayed ones. Who will survive? Who will become a decayed one? And who will meet Peter's trusty meat cleaver? Don't miss the second installment of this short story series, The Rise of Peter Troy: The Black Road

My Review
The Rise of Peter Troy: The Black Road by Joseph DiBartolo

Smart zombies? Less intelligent zombies? Is calling them zombies politically incorrect? Should I call them Decayed Ones? Get ready for more of the decayed, more of Peter and his meat clever and maybe just a touch of romance at a time when survival is as much luck and timing as it is skill. Joseph DiBartolo has opened another can of the decayed with The Rise of Peter Troy: The Black Road, the second in his serial of short tales of gore, guts and grit. The gang has their favorite methods of taking down the decayed pretty much down to a science, but now the question is, WHY? How did this all start? Has Peter figured it out? Could this have been avoided? Has some twisted mind targeted the population through its love for consumerism? Get ready for Jim, who may not know as much as Peter about zombies, but he sure knows how to take ‘em down! Heroes are rising, some will fall, but Peter and the gang are now on a quest for answers and nothing will stop them.

Action, dialogue, over-the-top unlikely heroes, battles, close calls and epiphanies. Once again, I am amazed and mesmerized by Joseph DiBartolo and his twisted, creative genius, as his world flashes by at warp speed, in that race to the end and another stellar finish that, once again, has me salivating for more and asking the question, how does Mr. DiBartolo know so much about the decayed and how to kill them? Not sure if you want to take the plunge into post-apocalyptic survival, go ahead, The Rise of Peter Troy series is one of those hidden gem reads, just wipe off the gore and settle in for real heroes in action!

I received this copy from Joseph DiBartolo in exchange for my honest review.