The Rise of Peter Troy by Joesph DiBartolo (Vol.1 The Decayed Ones) 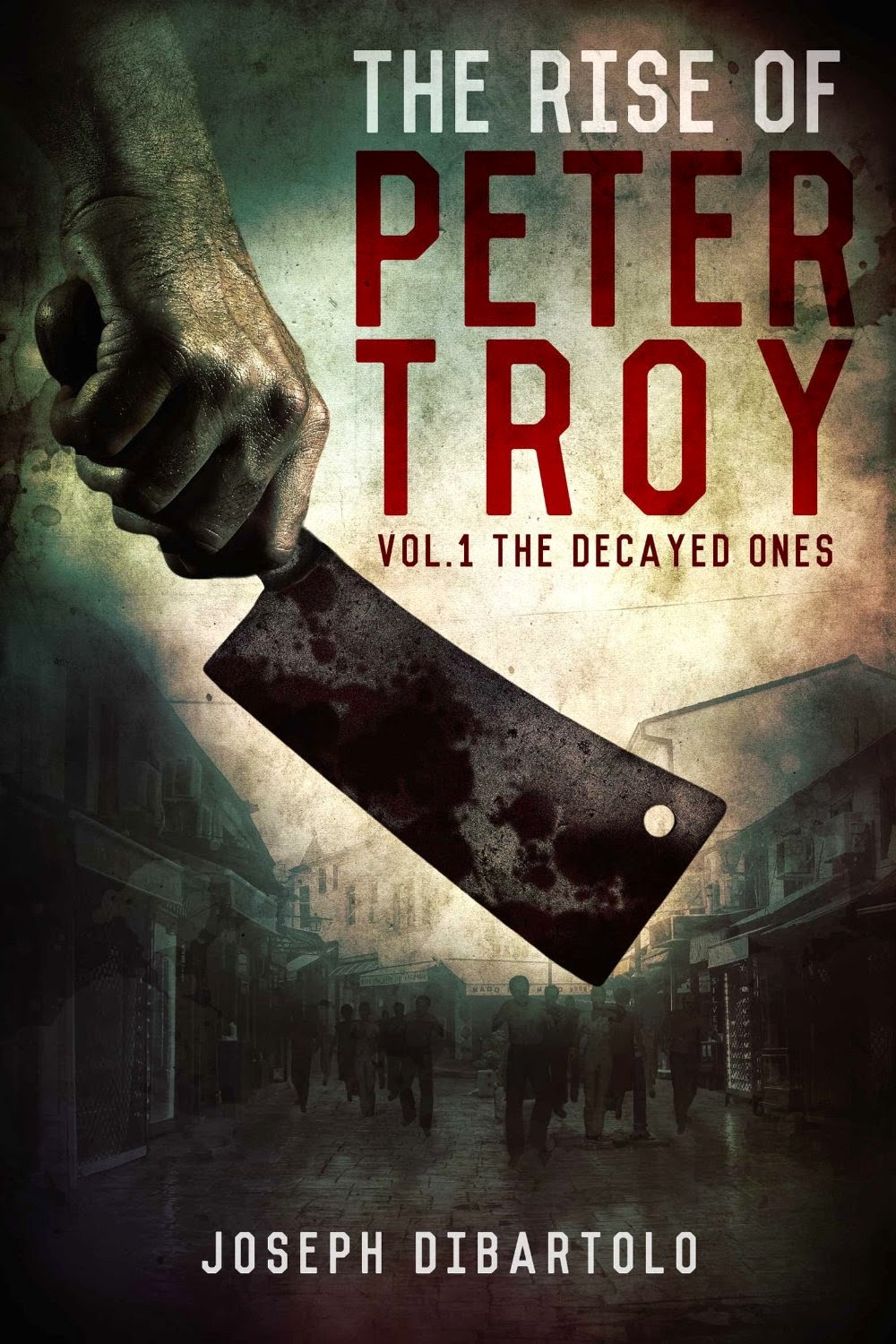 The Rise of Peter Troy
The Decayed Ones
by Joseph DiBartolo

Life has always been an uphill battle for Peter Troy. His obsession for zombie films was the only thing that kept him company when times got tough. After losing his job as a butcher at the local market and getting dumped by his girlfriend, all in the same day, Peter tried to close himself off from the world. His efforts were thwarted when his obsession actually became a reality. Follow Peter on his journey to redemption as he struggles with his mixed feelings of excitement and regret. Will he be able to adapt and excel in a world now being overrun by the living dead? Or will he fail to succeed as he did when the world was normal?

We all know “that guy,” the one who lives, breathes and is prepared for the Zombie Apocalypse just be the sheer number of movies he sees. Peter Troy is “that guy,” in Joseph DiBartolo’s short, but action-packed tale The Rise of Peter Troy: The Decayed Ones. You guessed it, all those movies have made Peter a true warrior when the real zombie apocalypse comes and those flesh-eating ghouls are on the prowl. Our Unlikely hero proves that he alone, is the supreme source for all things that truly kill zombies. As he gathers his ragtag gang, the journey begins to find safety, family and a way to survive as they take down one zombie at a time with a world overrun within hours. What has happened? A government conspiracy? Foreign terrorist warfare? Armegeddon? Or something even more vile and despicable?

Hats off to Joseph DiBartolo who has found a way to squeeze into the world that has been zombified to the max! Maybe he has something, making his tale short, gory, thrilling and ending it right at the edge of the proverbial cliff. Talk about character development, Peter is the poster boy for “having a bad week” and it just got worse, but lo and behold, Peter rises to the occasion and beyond! Great characters, humor, gore and good instructions on how to kill zombies, this felt like a whole lotta story on those itty-bitty pages! A new hero's been born, a new leader among men and women, and his name is Peter...zombies beware...
I received this copy from Joseph DiBartolo in exchange for my honest review.