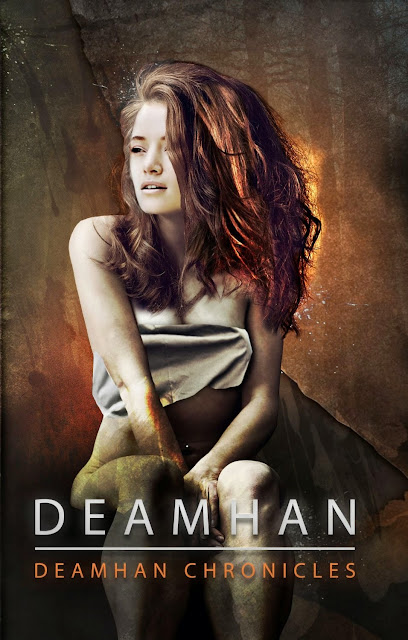 Deamhan have survived by remaining hidden in the shadows. Ramanga, Lamia, Metusba, and Lugat have been overshadowed by what humans know as the modern vampire. But what if vampires aren't the real threat?

One woman's search for her mother who disappeared without a trace on the streets of Minneapolis takes her into the precarious world of Deamhan, psychic vampires who rule the underground nightlife in the city's most darkest corners.

She gains the trust of the only other human familiar with the Deamhan lifestyle. With his help she finds not only can the Deamhan not be trusted but it s her own father, president of a ruthless organization of researchers, who has diabolically maintained that distrust.

New author and series alert! Reading on the dark side just got more intriguing, a little more crowded and a lot scarier thanks to the bold writing of Isaiyan Morrison and Deamhan, the flagship novel of her series, The Deamhan Chronicles. Sometimes survival means blending in, or hiding out and as the human population grew, the better the Deamhan got at blending in. Who are they? Deamhan are the real vampires, not the ones that have captured the imaginations of the world, and they can be one’s worst nightmare… and, they are Psychic…

Welcome to the world of dark politics, evil machinations and one woman’s fight to discover what happened to her mother. Told from alternating POVs, we are given a ride through the mysterious, the dark and the unimaginable, so strap in, and keep your hands inside the vehicle, unless of course, you are offering up a few pints of blood.
Victoria and her mother were always close, their bond strong, and when Caroline goes missing, her daughter will go through hell for answers. Little did she know what she would stumble upon, has she the strength and determination to continue her fight or will the deamhan and their “lifestyle” send her running? Will what she uncovers resonate like a shockwave through the word or she discover something that hits much closer to home?

Isaiyan Morrison doesn’t just weave a dark tale, she uses barbed wire as her yarn, as she boldly reveals layer upon layer of intense and jagged intrigue. He imagination will capture your mind from page one and the biggest disappointment will be that this volume must end, I for one, am on board for the next addition to this series, be advised, this is no fluffy tale of sparkles and romance, this is grit, true grit and completely addicting.

For how enlightened we all think we are, there are those among us that hide right in front of us, and one day you might need them, so be kind to strangers, you never know what they may be capable of.

I received this copy from the author as part of the Dark Curse Tour and Giveaway stopping at Tome Tender starting May 5, 2015.