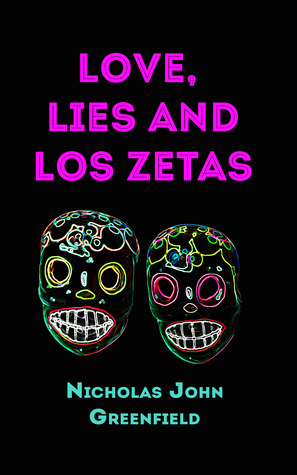 In Mexico, a country where more than just your heart can be held captive, a young backpacker's thirst for adventure will take her on a journey she'll never forget.

Rachael Bloom is 24 and stuck in a dead-end life in Bristol, England. Seizing the opportunity to join an old friend on the trip of a lifetime, she arrives in Mexico City where she meets the secretive but enchanting Richard.

Unaware that he is a man with debts to one of Mexico's most violent cartels, Rachael finds herself tangled in a net of love and lies. Fleeing the capital’s chaotic streets, the two lovers and their group of less than loyal friends stream through a country steeped in tradition, a place in which Rachael will learn the frailty of friendship, the meaning of fear, and the lies of love.

Have you ever had the feeling you were in one of life’s big ruts? Everything is vanilla, including you, as you continually berate yourself for not taking chances or maybe not living life on the edge once in a while. Rachael was on the treadmill of life until a bohemian friend from her past shows up and suggests an adventure, four weeks in Mexico, living la vida loca, beaches, bars and fun. One thing Rachael never counted on the day she left England was that this journey would almost cost her both her heart and her life.

Richard is mesmerizing, carefree and a typical bad boy, but he is in trouble and everyone now associated with him may find more than their vacations cut short when Richard takes one step too far over the line with the powerful drug cartels he deals with.

Love, Lies and Los Zeta by Nicholas John Greenfield follows past events as Rachael details her harrowing and deadly trip to Mexico, from her emotions to her chaotic confusion as she is forced to go on the run in a strange country to stay alive. Dark, edgy and told in dry detail, this suspense filled tale had me on edge, feeling the tension of the author’s words. Mr. Greenfield conveys the innocence of a young traveller telling her tale with perfect precision. Every step of the way I waited for that last shoe to fall as time runs out on this unlikely group of allies. Who decides who will die and why? The power of the Mexican cartel reaches into every crevice and they are coming…No time for a siesta with this one!


I received this copy from Nicholas John Greenfield in exchange for my honest review.