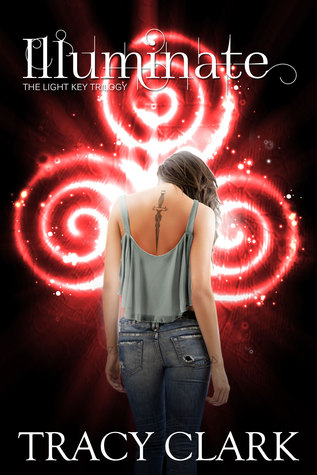 Can one girl be the light in a world spiraling toward darkness?

Haunted by the loss of her loved ones, Cora Sandoval, one of the remaining few of an extraordinary race known as Scintilla, holds the key to disentangling the biggest conspiracy in human history...and its link to the fate of the human race. As Cora follows a trail of centuries-old clues and secrets, she collides with a truth not only shocking, but dangerous.

With enemies both known and unknown hot on her trail, Cora must locate each of the ancient clues hidden in the art, religions, and mythologies of humankind. And through it all, she must keep her heart from being torn apart by the two boys she loves most. One is Scintilla, one is Arazzi.

Save herself. Save the Scintilla. Save the world. Or die trying…

The battle between the Scintilla and Arazzi is coming to a head. The secrets, deceptions and lies are slowly becoming uncovered. What is truth, myth and religious zealous striving for more power comes to light, pushing the three main characters into survival mode, which also sends them apart for some of their journey to enlightenment.

I loved the first two books in this series but I am completely conflicted about Illuminate.

The telling is extremely imaginative and original and the ending was totally unexpected but still kind of predictable. You thought that was where it was going but it just was not where you wanted it to head. I held onto hope that Clark was going to pull the proverbial magic rabbit out of the hat and gives us the ending we're all hoping for...that was NOT the case for me.

That being said, for me to feel so attached to the story Clark did something absolutely right. I utterly cared about the outcome and the characters plight. Kudos for the amazing storytelling!

I received this ARC copy of Illuminate from Entangled Publishing, LLC - Entangled: Teen in exchange for a honest review. This book is set for publication Sept. 21, 2015.