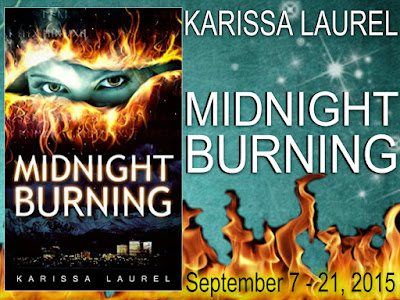 She went to investigate her brother's death,
but she found so much more... 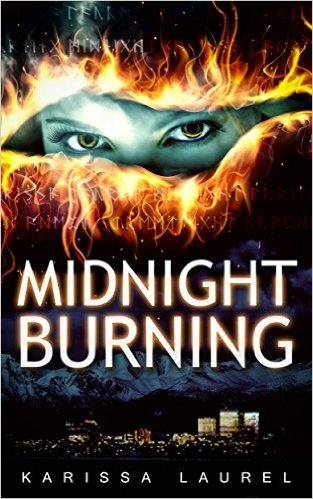 Solina Mundy lives a quiet life, running the family bakery in her small North Carolina hometown. But one night, she suffers a vivid nightmare in which a wolfish beast is devouring her twin brother, who lives in Alaska. The next morning, police notify her that Mani is dead. Driven to learn the truth, Solina heads for the Land of the Midnight Sun. Once there, she begins to suspect Mani’s friends know more about his death than they’ve let on. Skyla, an ex-Marine, is the only one willing to help her.

As Solina and Skyla delve into the mystery surrounding Mani’s death, Solina is stunned to learn that her own life is tied to Mani’s friends, his death, and the fate of the entire world. If she can’t learn to control her newfound gifts and keep her friends safe, a long-lost dominion over mortals will rise again, and everything she knows will fall into darkness.

My brother, Mani, once told me Alaska was the first place he had ever travelled where he knew he was somewhere different—somewhere decidedly not home—before he ever set foot onthe ground. I didn’t understand what he meant until now. Outside my airplane window, the glassy waters of Cook Inlet reflected a bright blue late-summer sky. Dark and looming, the Chugach Mountains encroached from the east. Far to the north, the ghostly, snow-crusted visage of Mount McKinley rose above the landscape, an ancient king, high on his dais, surveying his kingdom.
By comparison, Mani and I had been raised somewhere a little more commonplace. Home was a small town in the foothills of North Carolina, over three thousand miles away. And this was the first time I had ever left it. I probably should have eased into long-distance travel in the same way I eased into a cold swimming pool—one toe at a time. A trip over the border into Gatlinburg. A weekend visit to D.C. But no, I had taken a plunge from the high dive instead, and boy, was I in over my head.
The captain’s calm and assuring voice spilled across the cabin, announcing our approach and descent into Anchorage. Seatbelt signs chimed and flashed. A pair of flight attendants swept down the aisles, collecting trash and reminding passengers to raise seat backs and lock away tray tables. I closed my eyes, drew in a deep breath, and urged my heart to return to its regular pitter-patter pace, but it refused to obey.
I breathed in again and trapped the breath in my lungs. Chill, Solina, I told myself. It’s only a week. I could survive anything for one week, right? And I wouldn’t be on my own. My brother’s best friend, Val Wotan, was at the airport waiting for me. Val had texted me a dozen times to make sure I hadn’t missed my connecting flights or fallen out of the plane somewhere over Canada. Val was expecting me, and I was a glutton for fulfilling others’ expectations. I also owed this trip to my brother, to the honor of his memory. How could I ever look myself in the eye again if I gave in to my doubts? If I didn't give Mani my absolute commitment?
Val deserved my loyalty, too. In the few years I'd known him, Val had risen from casual acquaintance to something I wasn't quite ready to label, but just thinking of him made my heart beat a little faster, my breath come a little quicker. Val had earned my regard by being the sibling I couldn't be for Mani after he’d left home. He had watched Mani's back, made him welcome and comfortable in a strange and foreign place. He had even saved my brother’s life once.
I chuckled, remembering how Mani had loved to recount the story of the raging bull moose—deep in a rutting frenzy and crazed by the need to mate with anything female and fight anything that wasn’t. Not long after Mani had first arrived in Alaska, he and Val had gone off on a backpacking trip. They came upon the moose on the edge of a meadow and caught it off guard.
The moose turned its hostile gaze on Mani, lowered its rack, and charged. Stunned and uncertain how to react, Mani stood frozen in place and watched his life pass before his eyes. Meanwhile, Val calmly drew a .44 Magnum from the side pocket of his backpack and fired off a warning shot. The moose reconsidered his challenge and lumbered away into the woods.
If only Val and his gun had been there the night my brother died. Then I might have been coming to Alaska for an entirely different set of reasons.

…And the Hidden Gem Pile just got one book taller! Midnight Burning Karissa Laurel satisfies mystery lovers, mythology lovers, paranormal lovers and those who like a little pinch of romantic spice in the potential shape of a triangle. What makes this a standout? Location, action, characters, dialogue and intrigue, not to mention the ever-present danger!

Solina, a small town baker from the Southern East Coast has come to Alaska to settle her late brother’s affairs. Already trying to come to terms with his death, she can’t help but feel things are not as they seem on the surface. His best friend and his boss are most helpful, in their own ways, but there is something being hidden from her and it isn’t dirt under the rug. They each both attract her and repel her at the same time romantically, but is that just her frayed nerves or desperation? Nobody is talking about Mani’s death, not even the law, but she is going to find out what really happened. What she discovers is unbelievable, incredible and deadly, very deadly. People are not as they seem, Mani had a secret life and hers is about to go through the wringer. Will she come out a little sadder but much wiser? Have her dreams been trying to prepare her for what she is about to learn? Who is she really down in her soul?

Grab your mittens, the hot chocolate and get ready to enter the world of fantasy, told by a new and impressive author with an imagination as big as Alaska! Wonderful characters, some who grow into themselves, some who are flirty, some standoffish, but not all are on the right side of the battle between good and evil. Karissa Laurel has a wonderful foundation for a new series that promises to be a nailbiter as the gods clash, and one young woman may be the key to victory! Talk about coming out of her (Solina’s)shell when things get tough! 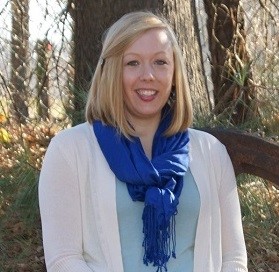 Some of Karissa Laurel’s favorite things are coffee, chocolate, and super heroes. She can quote Princess Bride verbatim. She loves to read and has a sweet tooth for fantasy, sci-fi, and anything in between.
Sometimes her husband convinces her to put down the books and take the motorcycles out for a spin. When it snows, you'll find her on the slopes. Karissa lives in North Carolina with her kid, her husband, the occasional in-law, and a very hairy husky named Bonnie