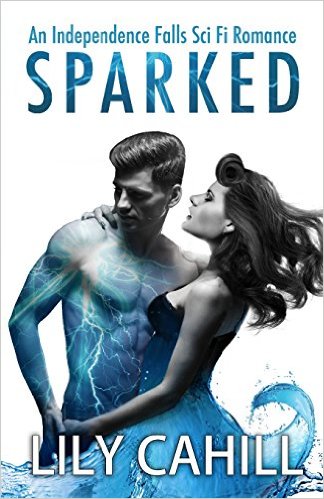 Independence Falls, Colorado. 1954. It was the start of a perfect summer—until the fog rolled in and changed everything.

Clayton Briggs has always had it easy. The pampered second son of the prestigious Briggs clan, Clayton’s poised to take over the family business. His playboy days aren’t quite over, but his mother is on a campaign to match him with a woman suitable to his station. When he meets a beautiful girl at the Firelight Festival, he’s instantly attracted—until he realizes she’s a member of the notorious Murphy family. The Murphys and Briggs have been feuding for decades, but Clayton can’t control his feelings for Cora. Will passion trump family responsibility?

Cora Murphy has always had it hard. When she isn’t scraping together pennies by baking for the town’s wealthy families, she’s all but a slave to her father and brother, who drink and gamble away most of her profits. She could run, but Cora won’t leave her sister behind. All she needs a bit of luck, but luck has never sided with the Murphys. Then her entire life changes in one moment. When Cora is caught in a mysterious purple fog, she suddenly discovers powers beyond anything she’s ever imagined. And it seems Clayton might be the only man who understands … because he has powers of his own.

Their families’ feud was as bad as the Hatfields and McCoys, started long ago when a Murphy supposedly wronged a Briggs. The die was cast and the small town of Independence Falls never forgot.

The year, 1954, and Cora Murphy is the object of cruelty and threats, as well as the brutality of her father and brother. Enter her knight in shining armor, Clayton Briggs, heir to the power and fortune of his family, not knowing who he was protecting from bullies, but seeing a beautiful young woman he had to meet. And then it happened, a strange fog covered them, leaving them with powers no human should have and a love story to rival legends of the past. Where did the fog come from?

Hatred versus love, family against family, father against son, will anyone learn to live with the past and let it go? Was the past even true, they all assumed…and now, two young lovers must decide, stand alone for love or bow to the almighty dollar and the pressure all around them?

Lily Cahill’s Sparked is a heart-wrenching tale of love, hate and small minds with a touch of the paranormal tossed in creating an enticing read and a journey back in time when things were more innocent, a small town was indoctrinated into the belief that the past, good or bad, must be remembered and the punishment unending. Get ready to feel your skin crawl, your gut clench and your heart pound as each page pulls you deeper into this young romantic tragedy. Lily Cahill brought out the rebel in me, the one who wanted to stand for Cora and Clayton and fight their battle for them. When an author (or authors) can pull emotions like that out of a reader, they have nailed story telling and have me primed for another trip back to Independence Falls!

I received this copy from Lily Cahill (all of them)in exchange for my honest review.