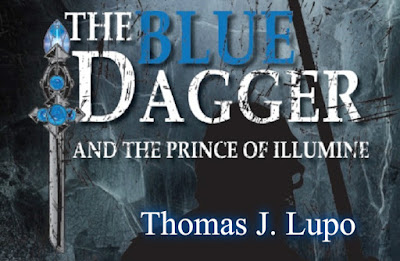 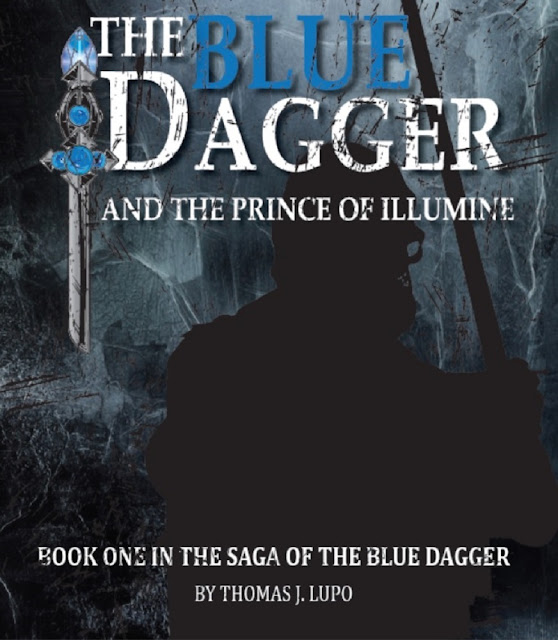 A great evil stalks the land. Peaceful villages and sleepy hamlets in the realm of Illumine are being massacred. In order to keep the peace, the King and his inept council claim it's just slavers and raiders pillaging for profit, but soon it's discovered that all of the men and women are killed and only the children are taken. No one knows where or why. When Prince Galatar demands to go on the quest to discover the culprit behind the bloodbath, the King refuses and confines him to the Palace. Galatar escapes, and armed only with the Blue Dagger, his family's famous blade, he becomes the leader of a band of motley misfits; Kurse, his falcon; Lianna, a feline with magical camouflage; Wart, a champion of the gladiator pits; Snotz, a monkey-like creature with an affinity for flatulence and other bodily functions; and Tala, a lady of a royal house with a fiery temper to match her ethereal beauty. The Wizard Zelephar follows in the wake of their misadventures as he realizes there's a connection between the Blue Dagger of Illumine and the ancient prophesy about the missing children and the evil scourge devouring the land.

The Blue Dagger and the Prince of Illumine is a fantastical debut novel by Thomas J. Lupo.

In a world saturated by magic, Galatar, with his family’s blue daggar, heads out to stop the destruction of the villages and solve the mystery behind the missing children. Galatar is accompanied by an eccentric crew that he picks up along the way. Facing an evil beyond compare, they must band together to survive and maybe just spark the start of an ancient prophecy...

As an epic fantasy, I couldn’t help but be thrilled by this new adventure created by Thomas J. Lupo. The cast faced unsurmountable danger and evil but with mishaps, humor and mayhem they trudge on. Lupo has found that balance of emotions that is required to connect the reader to the story.

Told with the tactility of a scifi fantasy, The Blue Dagger and the Prince of Illumine pops off the pages and brings this magical world to life.

I received this copy of The Blue Dagger and the Prince of Illumine from Thomas J. Lupo in exchange for a honest review.

Thomas J. Lupo usually goes by Tom or Tommy, but he will usually answer to pretty much anything
you yell at him, especially foul or coarse insults. He grew up in Belleville, a small town in northern New Jersey and currently resides in Monmouth County, New Jersey, where he works something like nine jobs, but he has hopes for leaving it all behind someday and living on a tropical island on the beach in a hammock with a stack of books nearby that he's always wanted to read but has never had the time...

For more information about Tom and the fantasy world he created to escape his normal, boring world (which sometimes is even madder than Illumine) check out his website www.thebluedagger.com or shoot him an email at thomasjlupo@thebluedagger.com

5 winners will receive
1 Ebook Copy of
The Blue Dagger and  the Prince of Illumine
(The Saga of the Blue Dagger 1)
by Thomas J. Lupo
Runs October 31 - November 14, 2015