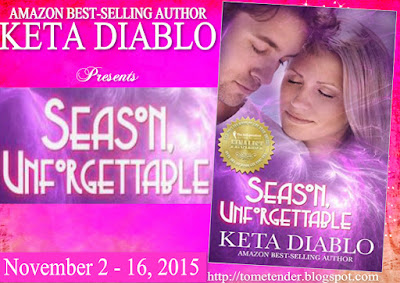 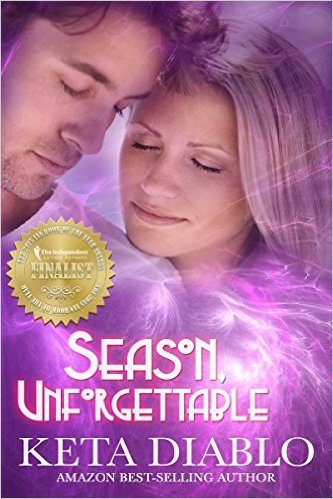 Season Scrimshaw isn't selling the land her parents left her when they died, not even to the gorgeous Rann Brogan who saved her life in the forest. Especially not after she finds out he was in the woods to survey her property.

The company Rann works for, his mother's company, wants the land for a luxury condo development and they want it bad. He never dreamed they'd go to such extreme lengths to get it.

Lives spiral out of control, lies and betrayal play center stage. Caught in the middle between his rich and powerful mother and the woman he loves, Rann discovers love is complicated...and sometimes lethal.

All Season has left are memories of her parents. Living with her grandfather, on the land her parents loved, she finds herself entangled in one conglomeration’s attempt to force her to sell out for “progress.”

Rann Brogan first saw Season when she was about to become a snack for a bear, little did either of them know, they were to become enemies on opposite sides of the fence, as Rann was the son of the woman looking to buy Season’s land at any cost, any cost to Season, that is. How can Season trust this handsome man who claims he is against his mother’s plans? He is his mother’s agent of evil, but on a personal level, he only has eyes for the spirited Season.

When he refuses to do carry out his mother’s’ plans, a dark and vicious mobster takes matters into his own hands, causing an accident that almost kills Season. When she awakens, the woman she was has disappeared. Can she rediscover her identity and put her life back on track? Is Rann gone from her life forever or will fate find a way to bring them back together?

Season, Unforgettable is Keta Diablo’s offering in the contemporary romance/suspense genre and, like the seasoned author she is, she has nailed it! The machinations of a mother in her quest to win at all costs, the loyalties of a son who has far more honor and a heart who has found a woman to adore and a fiery young woman who refuses to lose her memories in the name of money. Who will pay the biggest price for greed, deceit and consorting with the underbelly of society?

Keta Diablo has timed each piece of her romantic puzzle to perfection. As they begin to fall into place, I found myself lost in the entanglements of two worlds colliding, while being warped by evil. Hang on tight; this ride is full of twists, turns and the power of this author's imagination. I can definitely say, I never thought this tale would unfold the way it did, no cookie cutter writing from this author!

I live in the Midwest part of the United States on six acres of woodland. Like most of the Midwest, it's absolutely gorgeous around here in the summer...and quite chilly in the winter.

When I'm not writing, I love to garden and commune with nature. I adore animals and donate my time and support to local food banks (gotta feed the hungry kids) and several animal shelters. I rescued Emma LaPounce from one of the shelters when her owners abandoned her. She turned her nose up at me to begin with but now...we're bonded at the hip. She must believe my computer mouse is a real mouse because she won't stop batting it around!

Keta Diablo is offering
A $10 Amazon GC AND a copy of one of Keta's ebooks of YOUR choice to the
GRAND PRIZE WINNER!
International where allowed
Ends November 16, 2015