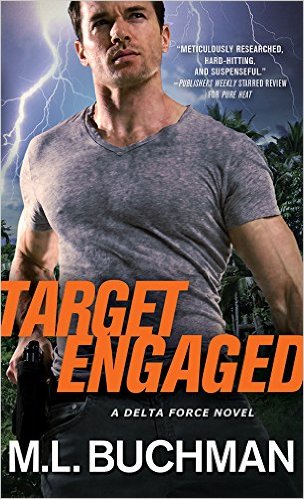 Kyle Reeves was trained by his father to do one thing: be the very best. So he isn't daunted by the Delta Force selection process—the toughest military training on earth—or when the very best woman falls into his arms.

Carla Anderson buried her heart in Arlington when she lost her mother and brother to combat. She wants nothing more than to give her all in the line of duty until she too is laid down beside them, and Delta training might just be the challenge she's looking for. Little did she know, the true challenge was coming in the shape of a sexy, alpha-male military operative.

Surviving brutal training is just the beginning of the merciless path to Delta, but it's also the dawn of the hottest passion Kyle and Carla have ever known…

They had trained to be the best of the best, to think on their feet, outside of the box and to get the mission done. They are the best the military has, they are Delta. Kyle Reeves has always been trained to be the very best. Carla Anderson has lost so much to the military and is determined to prove she has what it takes to survive Delta training, or die trying. What Delta training failed to teach them was how to react to each other when their chemistry becomes a volatile attraction that will re-write their futures, proving that the most dangerous adversary they will ever face is their own heart, determined to have its way.

Target Engaged by M. L. Buchman is a rugged military romance filled with action, vivid details, intense mission scenes unfolding with rapidfire tension and passionate romance. Two soldiers, each with different reasons for striving for the most dangerous missions, excel in their jobs, why wouldn’t they put all of the at same intensity into the game of tug of war they play with each others hearts. Is it possible that one alpha male can tame the wild heart of a damaged woman intent on self-destruction?

M.L. Buchman has done his homework, deftly bringing each scene to life, describing the closeness each team member feels for one another. Breath-taking action, steamy-hot romance and one more mission impossible accomplished.