The Sleeping Warrior by Sara Bain 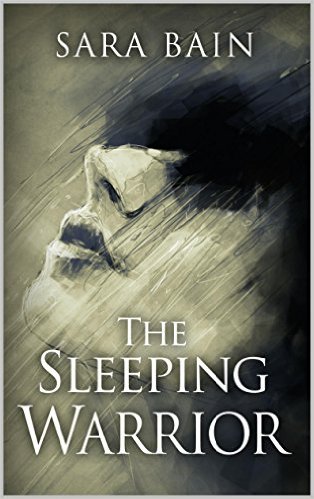 The Sleeping Warrior
by Sara Bain

LONDON solicitor Libby Butler’s life is in a mess. Her affair with her boss is going nowhere as is her position in a city law firm. A narrow escape from the knife of south London’s elusive serial murderer, The Vampire Killer, has challenged her outward bravado and left her nerves in tatters.

When duty calls Libby to a police station in the middle of the night, she meets the enigmatic Gabriel Radley. Dressed like an ancient warrior, Gabriel has a habit of disappearing from police custody and danger appears to dog him.

Gabriel is searching for a 'stone', its value 'beyond human imagination', that will help bring a 'monster' to justice. When Libby agrees to help him, she plunges her life into grave danger where no one is safe.

A cult who call themselves The Awakened, a gangland thug and his henchman, a female assassin, a detective chief inspector from Scotland Yard, and even the serial killer, all become inadvertently embroiled in the chase for the stone and the pivotal force of Gabriel.

As the death toll rises, Libby is forced to face herself, learn the true value of life and the potent significance of the Sleeping Warrior within.

The Sleeping Warrior by Sara Bain

Do we all have a sleeping warrior within ourselves? Does it take one significant event to bring it out? Libby is a London solicitor whose life is in turmoil. When she just barely escapes from the clutches of The Vampire Killer, her life takes a turn that will lead her into a dark world she never thought could exist, as well as a man who is more than he seems. Gabriel is on the hunt for a stone, one that is beyond imagination in worth and this ancient warrior has Libby standing up and paying attention. Is it true this stone will help bring a mysterious and vile being to justice? Will this justice be fair? More importantly will this justice be in the human realm or is Gabriel from somewhere otherworldly? Who else will be trapped in this web of intrigue? The body count is rising, the MO the same, the victims have no blood left with their bodies and they have been brutally tortured. Are these the acts of a twisted human or of someone from Gabriel’s world?

Together, Gabriel and Libby will play cat and mouse with a killer and Libby will discover there is more to Gabriel than a pretty face and even she is awakening to her own inner warrior. Deep reflection can change a person’s life and Libby is facing a shift in her outlook within herself.
Sara Bain’s The Sleeping Warrior is filled with the grit of the London streets, a cast of characters that blur the lines of dark and light and a twisted route to the ending that will leave each reader turning page after page after page. Enjoy the fine marriage between mystery and the paranormal as Sara Bain successfully straddles the genre line with her bold writing and creative imagination. Great characters, flaws and all, great dialogue and some pretty gruesome murders, get ready for an amazing read!

I received this copy from Sara Bain in exchange for my honest review.