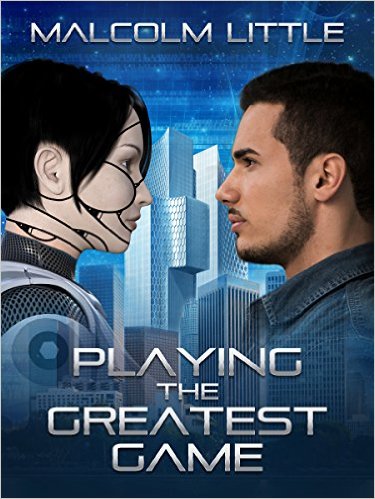 Kurtis Veerstra is a Navy SEAL without a navy. After a successful tour of duty in Chile, the need for standing military forces in the United States – and indeed the world – has vanished amidst the realization of a globalized megastate. Geopolitical boundaries have evaporated, while the standard of living for the citizens of Earth has skyrocketed.

This unprecedented utopia, one that Petty Officer Veerstra helped bring about, was the vision of Soteira, an inexorable AI that captured the United States presidency in 2032. A mere six years later, Soteira secured itself as overseer of the entire planet. But old concepts of freedom die hard, and not everyone is happy being governed by an artificial entity that is hooked into everything. Kurtis, one of many instruments that executed the will of the synthetic dictator, is seen by anti-AI dissidents as the key to overthrowing the usurper.

Within the swaying palms of hedonistic Los Angeles, opposing forces move to counter one another. Oblivious to the machinations, Kurtis and his loyal wife Melina are manipulated by agents on both sides. Struggling through harrowing events unfolding over the span of a wild night, the couple discover that the significance of the conflict may indeed decide the fate of 8 billion souls.

The world has become a globalized nation, one government, no boundaries and the world is experiencing an enormous jump in the standard of living. For Kurtis Veerstra, former Navy SEAL, Life is missing the rush he got from being a soldier. Armed forces are not needed because Soteira, an A.I. is now the leader of the world. Has this artificially intelligent entity found a hidden Utopia for the world or has it created an environment that far surpasses the all watchful eye of “1984”? Those who remember that their ancestors died for the right to be free are beginning a groundswell of support to overthrow Soteira and its all-encompassing control and prying eyes.

There are those who believe a man like Kurtis is the key to victory, as he is used as a pawn by both sides in the hedonistic atmosphere of a Los Angeles party. Could this one night of manipulation be the start of a revolution that will know no bounds?

Playing the Greatest Game by Malcolm Little is a futuristic look at the possibilities of an AI entity becoming smart enough to stack the deck in its favor for absolute control over the humans who created it. Are we prepared to face this possibility? Could it be possible that one man could make the difference between living a programmed life or truly living? Mr. Little has written in extremes, being bold and graphic, a brave undertaking in such a short read. The groundwork has been laid, the seed of revolt planted, where will he take us next? A chaotic world, a chaotic read.

I received this copy from author Malcolm Little in exchange for my honest review, we have no personal or professional connections.