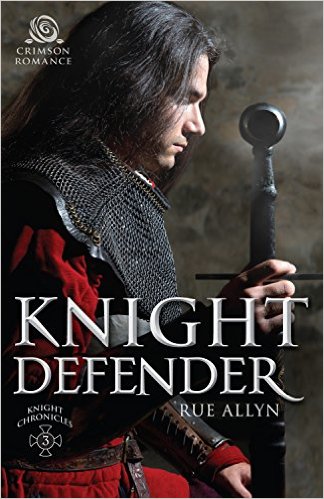 Sent alone to Scotland to wed a wild Scot and serve the needs of her father and her king, Lady Jessamyn intends to escape the marriage and train horses for the good sisters at a nearby nunnery. But her intended is not the wild, boorish monster she imagined - just Baron Raeb MacKai, a man struggling to provide the best for his clan. It could be surprisingly easy to surrender her heart to him, until she learns his plans involve deceiving her family and attacking the king's ship that bears her brother.
Raeb is done watching everyone he loves live in poverty and despair. His betrothal to a wealthy English heiress will solve a decade of problems, and the Scots' secret plot to keep King Edward I from getting a foothold on their rugged coastline will secure his family's future. If he must deny himself the spirited woman who would warm his bed and his heart, so be it.
Neither is willing to give an inch in this clash of loyalties, but can either defend their hearts?
Sensuality Level: Sensual

She must wed for King and country, it is a common duty for a wealthy English Lady, but Jessamyn has no plans to follow through and wed a wild and untamed Scot. Baron Raeb MacKai is struggling to provide for his clan, the people who depend on him, the people he would wed the enemy for, if just to get her much needed dowry. Little do they know he has no intention of marrying the English witch, he plans to make her so miserable that she breaks their betrothal, forfeiting the dowry.

The sparks of ire and emotion are flying between these two, and things are looking like they may avoid the dreaded “M” word, but in spite of the lies and the deceits, those sparks may just turn into a raging inferno of love.

Knight Defender by Rue Allyn pits one feisty and spirited woman against one powerful and bull-headed man, in a battle that could try the patience of Cupid himself. Ms. Allyn blends a magical potion of humor, tempers, egos, hidden passions and one lie after another and presents us with a wonderful tale of two countries, two hearts and a family of manipulative earthly cupids.

I received an ARC edition from Rue Allyn in exchange for my honest review as part of a blog tour.