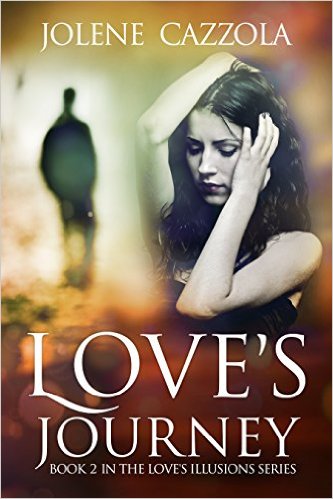 Nothing in Jackie Moretti’s young life has gone as planned. The fairy tale existence she believed in had fallen apart. Her husband’s hidden impulses and lies caused their marriage to crumble. And even her new relationship with sexy bad boy, Michael Nowak seems to have expired. Or has it?
Michael’s California drug operation is bringing in the coin, but without Jackie, his life feels empty. When a tragic event brings him back to Chicago, he has a choice to make: keep letting life throw him in the same direction or take things into his own hands.
As Jackie and Michael reunite, old wounds and new complications could make their heartbreak even more devastating than the first time around. Unless a new friend and an old lover can set them on the path of a new life together…
Love’s Journey is the second installment in a series of women’s fiction historical novels with a touch of romance. If you like deep and complicated love stories set in the 1970s with complex characters, then you’ll love Jolene Cazzola’s continuing saga.

Life has gone on for Jackie, she has set some goals and followed through, but the cost may have been too high as she returns to Chicago and a life filled with Michael and lasting love. What she discovers when she arrives after a long drive from back East, becomes a living nightmare when she opens their new apartment door to a note that would rock her to her knees.

Michael’s trip to the West Coast was profitable, if illegal, but their plan was to get back together and move forward. Without a hint during their many phone calls, planning their future, Michael has dealt Jackie the ultimate betrayal, worse than her ex-husband and everyone she cared about knew but her. Like a rudderless boat caught in an ocean squall, Jackie must once again, pick up the shattered remains of her life, alone, not trusting in anyone or anything that would involve her heart. Just when her transformation is almost complete, Michael returns to take her to the brink of insanity or the heights of heaven, but does he deserve another chance? Has Jackie finally learned to stand on her own and make her own decisions based on what is best for her?

Jolene Cazzola’s Love’s Journey tale is one of drugs, bad decisions, deceit and heartbreak, leading to the rebuilding of her main character, who still seems to make bad choices. Jackie has matured, but still needs her crutches. Michael, well, a drug dealer is human, I know, but his deceit is for me would be beyond unforgivable. The fact that Ms. Cazzola could evoke such passionate opinions from me proves she knows how to draw her readers in with dark and edgy hooks and great writing.

I received this copy from Jolene Cazzola in exchange for my honest review.