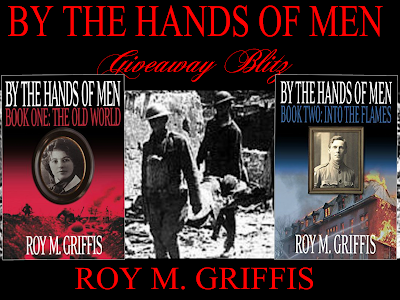 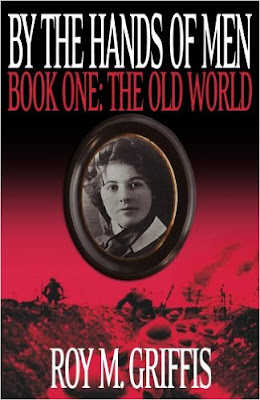 Lieutenant Robert Fitzgerald has managed to retain his sanity, his humanity, and his honor during the hell of WWI's trench warfare. Charlotte Braninov fled the shifting storm of the impending Russian Revolution for the less-threatening world of field camp medicine, serving as a nurse in the most hopeless of fronts. Their friendship creates a sanctuary both could cling to in the most desperate of times. Historical fiction about life, loss, and love, By the Hands of Men explores the power that lies within each of us to harm - or to heal - all those we touch.
================================ 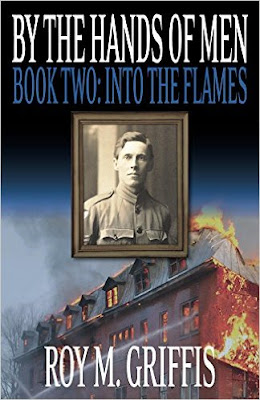 Into the Flames
by Roy M. Griffis

Charlotte Braninov, traumatized by loss and her service as a frontline nurse, returns to war-torn Russia to find her family. Captured by the Red Army, she exchanges one hell for another. Her still-loyal Lieutenant, Robert Fitzgerald, believing the woman he loves is dead, struggles to recover from the ravages of combat and typhus. In a desperate bid to rediscover himself, he commits to serve his country as a pawn in distant Shanghai. Forging their destinies in a world reeling after The Great War, Charlotte and Robert will learn anew the horror and the beauty the hands of men can create when they descend into the flames.
================================ 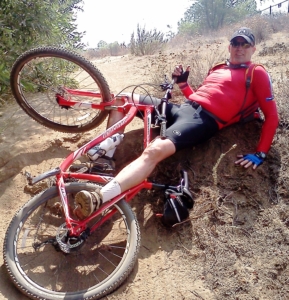 Born in Texas City, TX, the son of a career Air Force meteorologist. Attended a variety of schools at all of the hot spots of the nation, such as Abilene, Texas and Bellevue, Nebraska. Sent to my grandparent’s house in Tucson, Arizona when things were tough at home. I was pretty damn lost, as my grandparents were largely strangers to me. My older brother, a more taciturn type, refused to discuss what was going on. Fortunately, like so many kids before me, I was rescued by literature. Or, at least, by fiction.

In a tiny used bookstore that was just one block up from a dirt road, I discovered that some good soul had unloaded his entire collection of Edgar Rice Burroughs’ “John Carter of Mars” series in Ballantine Paperback. Moved by some impulse, I spent my RC Cola money on the first book, A Princess of Mars. I think what struck me was how these books were possessed of magic: they were able to transport me far from this dusty land of relatives who I didn’t know and relatives pretended not to know me to another dusty land of adventure, heroism, nobility, and even love. It was the first magic I’d encountered that wasn’t a patent fraud, and when I closed the stiff paperback with the lurid images on the cover, I decided it was the kind of magic I wanted to dedicate the rest of my life to mastering. And, thus, I was saved.

Since then, I’ve never looked back. I’ve written poems, short stories (twice runner-up in the Playboy college fiction contest), plays (winning some regional awards back East and a collegiate Historical Play-writing Award), and screenplays. I’m a member of the WGAw, with one unproduced screenplay sold to Fox Television. Along the way, I’ve done the usual starving artist jobs. Been a janitor, a waiter, a clerk in a bookstore. I was the 61st Aviation Rescue Swimmer in the Coast Guard (all that Tarzan reading wasn’t wasted). I’m also not a bad cook, come to think of it. Currently, I’m a husband, father, and cat-owner. I’m an avid bicyclist and former EMT.

I live in Southern California with my lovely wife. My friends call me “Griff,” my parents call me “Roy,” and my college-age son calls me “Dadman.” It’s a good life. By the Hands of Men, Book Three: The Wrath of a Righteous Man will be released in May, 2016. 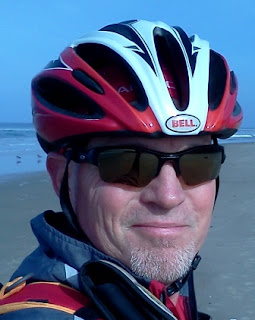 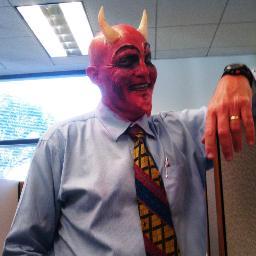 History comes to life the way it should be told
Roy M. Griffis Presents a Tale of Life, Loss & Love
Enter to win 1 of 5 BY THE HANDS OF MEN Series eSets
The Old World and Into the Flames
But wait, there's MORE!
Each of the five winners will receive an ARC eCopy of Book 3!
(That's because Tome Tender wouldn't allow Griff to offer a date with the author as a prize)
International Where Allowed
Ends May 9, 2016 @11:59PM
a Rafflecopter giveaway
Posted by Dii at 12:01 AM