Angels and Avalon by Catherine Milos 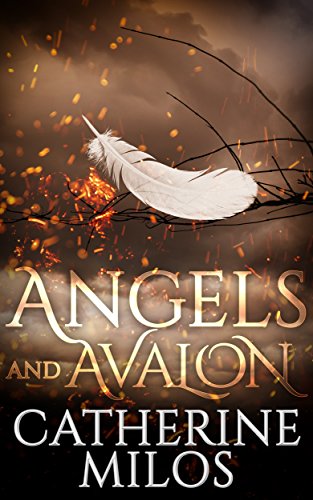 Angels and Avalon
by Catherine Milos

Fed up with the antics of gods and their wars, the Archangel Gabriel takes refuge in a secret paradise. The only condition, he must protect Goddess’ treasure.

Driven by pride and darkness, Lucifer aims to dethrone God. Avalon is the perfect place of power and Adamina is the key.

Reincarnated, Adamina and Gabriel desperately try to find each other and stop Lucifer. But a soul can only take so much.

Elizabeth McAllistar wants a new life free of Angels and Avalon. Will she be able to overcome the tragedy and the past that haunts her?

Angels and Avalon by Catherine Milos

Angels, both good and bad, gods, humans and reincarnation, and that’s just part of the story as Catherine Milos takes us to Avalon in Angels and Avalon. Apparently even archangels can get fed up with the gods and their petty wars and Gabriel has had his fill, becoming the guardian in a secret paradise called Avalon. He won’t be the only angel in paradise though, and he soon finds that his charge, Adamina is fast becoming his heart’s personal paradise. Too bad she is married to another angel who has fallen under the spell of Lucifer and the angel of darkness believes she is the key to his victory over God.

Adamina is the key to more than victory, she holds the key to Gabriel’s heart, and becomes the perfect pawn in Lucifer’s evil game. Will it take Gabriel’s ultimate sacrifice and the hopes of reincarnation to hold on to the love he and Amadina share? Follow them through the centuries as they continue to try to outrun Lucifer and his minions.

Filled with a fantasy tale that plays out over time, Adamina becomes the victim to her twisted husband’s wrath as she continually fails to produce a son for him to corrupt and the perfect pawn in Lucifer’s plan as this tiny piece of paradise becomes embroiled in the depths of hell.

A collection of key characters will be presented, each having their own place in Amadina’s life. Ms. Milos also give us a web of subplots that begged to be fleshed out, while still being able to wrap them up as the end comes near. A tale with the potential for greatness if there were more information for readers to bite into! With a definite feel of fantasy, this is an intriguing read, but pay attention, the ride can get a bit bumpy at times!

I received this copy from Catherine Milos in exchange for my honest review.