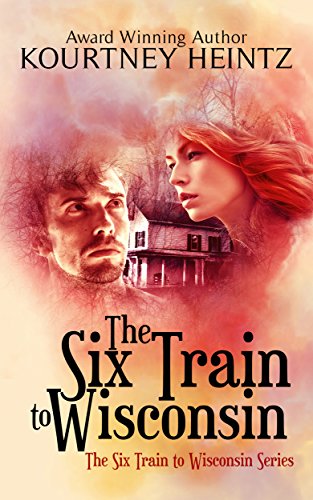 The Six Train to Wisconsin
by Kourtney Heintz

Sometimes saving the person you love can cost you everything.

There is one person that ties Oliver Richter to this world: his wife Kai. For Kai, Oliver is the keeper of her secrets.

When her telepathy spirals out of control and inundates her mind with the thoughts and emotions of everyone within a half-mile radius, the life they built together in Manhattan is threatened.

To save her, Oliver brings her to the hometown he abandoned—Butternut, Wisconsin—where the secrets of his past remain buried. But the past has a way of refusing to stay dead. Can Kai save Oliver before his secrets claim their future?

An emotionally powerful debut, The Six Train to Wisconsin pushes the bounds of love as it explores devotion, forgiveness and acceptance.

Oliver would do anything for Kia, including re-entering the place he ran from when it became his personal Hell. She is his world, his heart and soul and she is in danger of losing her mind or worse. Kia is a telepath and the weight of the crush of thoughts from thousands of minds in Manhattan are driving her mad, drowning her in depression and suicide is becoming the only way she can see to escape the mental onslaught. Devoted to her job and life, Oliver knows the only way to save her is to trick her into moving to his quiet hometown in Wisconsin. His only thought and only goal is to let Kia revive her inner strength to hold out others thoughts, little did he know, his past would come back to haunt him an threaten all that he holds dear. Secrets have a way of growing ugly the longer they are kept, high school sweethearts can become excessive stalkers and Oliver will learn how human both he and Kia really are.

Kourtney Heintz’s The Six Train to Wisconsin is a tale of desperate love, lies of omission, infidelity and the lengths people will go to seek revenge all woven together with a paranormal thread. Brilliant characters come together in a small town where everyone knows everyone elses business and if they don’t, they make something up. Imagine being taken from the lights and frenzied pace of the big city and being plopped down in a smallminded town whose open arms of welcome are non-existent. How would you handle and old flame coming on to your spouse? Could you live with hearing everyone’s thoughts? Oliver has gone above and beyond to save the woman he loves, but his methods leave something to be desired. Kia is not only a wreck, but an outsider to the dark secrets buried in Butternut. Her reactions to events were like playing with fire in the most vicious way. Still, one must ask, what would I do? What am I willing to forgive?

Flawed characters in a town crippled by isolation and insecurity, liars, cheaters and players, everyone has an agenda and Kourtney Heintz has rolled the dice and come up with a suspense filled winner that guards the end like Cerberus!

I received this copy from Kourtney Heintz & Aurea Blue Press in exchange for my honest review.