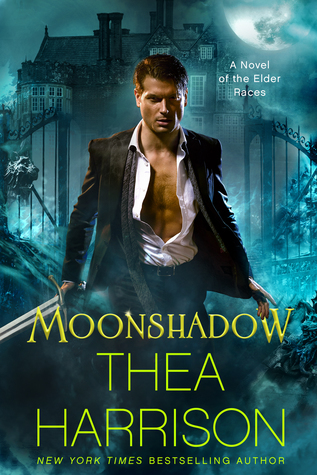 Her past is a blank, her future uncertain….

Recovering from a shooting, LAPD witch consultant Sophie Ross leaves her job and travels to the U.K. to search for answers about her childhood. When she encounters a Daoine Sidhe knight of the Dark Court, she becomes entangled in an ancient hatred between two arcane forces.

He has given his body and soul to fight for his people….

Barred from his homeland along with his surviving brother knights, Nikolas Sevigny is embroiled in a conflict that threatens everything he holds dear. Only by uniting his people’s resources can they hope to prevail against Isabeau, the deadly Queen of the Light Court. He will do anything and use anyone to return home to Lyonesse.

When Nikolas encounters Sophie, he sees a tool to be used. The insouciant witch might be the key to unlocking every passageway that has been barred to the knights of the Dark Court, even as a fascination for her takes root in what’s left of his soul.

Sophie has no intention of becoming anyone’s pawn, yet the fierce Nikolas is so compelling, she can’t deny the temptation that endangers her guarded heart.

As magic threatens Lyonesse, Queen Isabeau unleashes her merciless Hounds, and Nikolas and Sophie become embroiled in a race for survival. Meanwhile, the passion that ignites between them burns too hot to be denied and quickly turns into obsession.

Thank goodness they both know better than to fall in love…

I loved it. My only complaint - total book hangover! Even with its length it still ended way too soon for me.

If you love the Thea Harrison’s Elder Race series than you are going to flip over this spin off Moonshadow series.

Sophie Ross, a LAPD magical consultant, is taking some time off while she recuperates from gunshot wounds. She is approached by a renowned Elder races doctor with a proposal. If Sophie can access her family’s abandoned home in the U.K. then she will get it, the property and a large trust to maintain the lands. All she has to do is take a picture, proof, of her making it across the threshold and or entering the house. It’s a win, win for Sophie so she jumps on a plane and heads to the U.K.

Nikolas is a warrior leader for the dark elves. Him and his fellow warriors have been shut off from his home land for 100’s of year. Isabeau, the Queen of the Light Court, and Morgan, her sorcerer have been killing off the dark elves one by one and have been very successful at it. Nikolas will do whatever it takes to get back to his own world, even use Sophie and her abilities to gain the upper hand.

Harrison masterfully draws you into the battle between the Light and Dark elves as well as hooks you on all the characters that come into play. Explosive sexual chemistry, a strong plot, amazing new characters and a totally new continent, Moonshadow is going to be another must read, pre-order series.

I received this ARC copy of Moonshadow from Teddy Harrison LLC in exchange for a honest and voluntary review. This book is set for publication December 13, 2016.