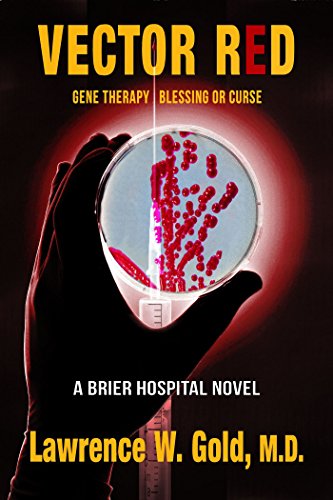 The 1972 Biological Weapons Convention ended research on the offensive use of biological weapons, or has it? Features of the Patriot Act giving the US immunity from violating its own bioweapons laws has increased suspicion of US bioweapons activities.
While the world has a high degree of certainty that countries like Iraq, North Korea, Libya, Sudan, and Syria have continue offensive bioweapons research, the United States has limited itself to such research of a “defensive” nature only.
Teens and young adults returning from missionary work in Arizona come home with severe, and sometimes fatal bacterial infections. Is this an epidemic? Are these individuals contagious? The infections are unusual as common environmental bacteria, usually benign, have suddenly become aggressive and life-threatening.
Is this government policy gone awry, or is there a more nefarious explanation?

Thanks to Lawrence W. Gold, I was transported into the world of intrigue, science, medical catastrophes, a world that is fascinating, terrifying and far too close to reality! Biological weapons, long ago the research was halted worldwide….but have countries found a loophole to continue? Is the U.S. one of those countries? With many countries ignoring all warnings, continuing to research and create their own deadly cocktails, the U.S. claims ours are for defensive measures only. A fine line, a deadly line that will be crossed when one brilliant and beautiful mind crosses the abyss into insanity.

Innocents will face the horrors of science gone insane, missionaries to Arizona are infected at ground zero with an incurable disease that slowly eats its victim’s vitality with excruciating pain as it takes their lives. Highly violatile, contagious and with no known cure, the world must rely on the creator to find an antidote. Is he stable enough to be trusted?

From start to finish, this is a nailbiter! Twisted experiments, shattered friendships and a brilliant mind mentally destroyed, morphing into a man on a mission to make a point. But even he claims death was not on his agenda. We often wonder what goes on behind closed doors, does VECTOR RED prove the dangers and frailties of the human disposition when under too much pressure? No words on a piece of paper can guarantee 100% safety from the machinations of the human mind.

I received this copy from Lawrence W. Gold in exchange for my honest review.