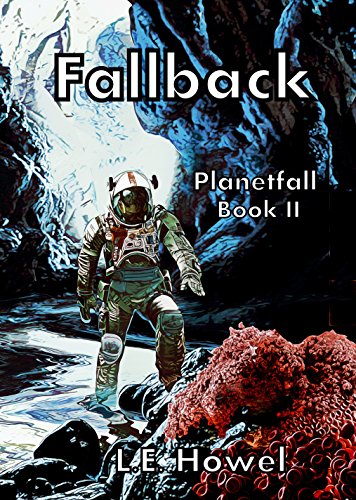 You should never go back. Experience had taught them that, but like a planet with its own gravity, the past wouldn't let them go. Seeking a future in the broken dreams of yesterday, Major Thomas Birch and his crew discover that dreams can't be fixed when they become nightmares.

The crew of the Hypnos III returned to a future Earth from a failed mission to colonize a distant planet. What they found was a greater nightmare than they could have imagined, and escape was their only option. In a desperate run from the Hell Earth was promising them, the Hypnos III heads into space, free again, but with nowhere to go except back to planet R67.3. A two year journey into the unknown again, Birch may not like it, but Jane seems hell bent on returning there. With a prisoner on board, and everyone in cryostatis, what could go wrong? Is it possible the ship itself is trying to kill Birch after his cryogenic tube fails?

Anything that may have happened onboard pales in comparison as they return to the bleak and desolate, R67.3 and discover the hidden monsters who were once the human groundbreakers in the building and colonization of this planet. There is death, violence and blood. Blood everywhere, blood meant for one purpose, and it had nothing to do with colonization. As the tension between the four member crew becomes more brittle and razor taut, the barbs from Jane toward Birch are finally revealed to be part of the reason she had to return. But now, the race to find a way off this nightmare has become a life and death game that only their young Ares prisoner may be able to solve. Is it possible escape lies in a video game from centuries ago? Can the young gamer discover the secrets to freedom before it is too late as the hordes of demonic guards pound down on them?

Their lives in the hands of a young enemy, the countdown to death only moments away, where is there to go now? Are they just prolonging the inevitable? Better a death in space than at the hands of a madman…

FALLBACK by L.E. Howel is pure action, pure tension and pure science fiction genius! I have always been in awe of the strength an astronaut shows in heading into the unknown with only a metal box between them and death. After reading L.E. Howel’s tale of outer space explorations and the imaginings of what may be out there, I’m happy to take this journey from the comfort of my chair, thank you, very much!

L.E. Howel gives vivid and intense descriptions, from the scenes to the backgrounds to the brutality of the surface of R67.3. And the personality clashes of the crew? Brilliant! It felt real as the air at times felt it could have been cut with a knife. So many twists, so many shocking discoveries and I felt like I was there!

I received this copy from L.E. Howel in exchange for my honest review.