A Boy from the Streets by Maria Gibbs 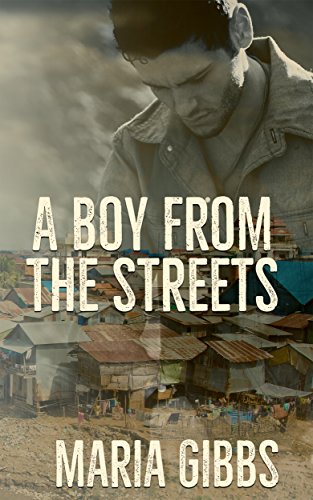 A Boy from the Streets
by Maria Gibbs

Two babies abandoned at birth—one grows up in a life of privilege, the other in poverty.

On the 12th of September, 1981, twin boys are born in a Brasilian hospital and left to their fate as orphans. Jose is adopted by a couple who takes him to England, but the other isn’t so lucky. Pedro ends up on the streets of Rio, left to fend for himself in a harsh and unforgiving world.

Twelve years later Jose’s family returns to Brasil, where he learns the truth about his adoption and his twin. Thinking his adoptive parents no longer want him, he runs away to find his brother. What follows will shake Jose to the core and shape the rest of his life—if he can survive.

Jose isn’t the only one whose life will change. Pedro is offered an opportunity beyond any of his wildest dreams, but to keep it will mean the betrayal of someone he loves. This proves to be a far greater challenge than he anticipated when the orphan finds himself suddenly surrounded by family who, unfortunately, don’t all have good intentions.

A Boy from the Streets will tug at your heart-strings and have you rooting for the little guy as you follow the twists and turns this multi-continental tale takes.

A Boy from the Streets by Maria Gibbs

They were left behind out of love, newborn twin boys who already possess that special bond only a twin can understand. The cruelty of Fate separated them, one to grow up in the lap of a safe and loving environment an ocean away from his brother, left behind to survive the brutality of the corrupt Brazilian system that forces young children into the streets as fodder for the ugliest side of life, a side where even the law represents a monster of epic proportions.

Jose was taken to England, raised for twelve years and has now journeyed to Brazil with his parents and into a world of hidden truths and a revelation that will finally complete his soul.

Pedro was a ward of the state until he became too much of a burden and was forced to live on the streets, scrounging for scraps, becoming a thief in order to survive, all while being the puppet of a vile and corrupt police system. It was a matter of circumstance and an act of Fate that Jose would decide to find the brother he never knew. Their broken bond would be repaired, but not until Pedro and Jose trade places and they each understand what could have been their fate if only…

This isn’t a story of jealousy or even what ifs, this is a tale of missing pieces, love and finally feeling complete while being willing to do whatever is necessary to protect one another. It is the tale of the strength of one boy and the devotion of another to never be separated again. as their lives finally converge and their futures, as well as the futures of others are forever changed.

Wrapped around this tale is the “why” of their separation. Understand it or not, agree or not, without this “wrapper,” Jose and Pedro’s story could never be told, their bond tested and their futures changed forever.

If you have a heart, A BOY FROM THE STREETS is going to wring every last drop of emotion from it, so be prepared for feelings overload. Double that if you have or know or have ever been a child. Maria Gibbs has created an emotional time bomb that does not go off in a huge explosion, but slowly burrows into your conscience and even your very soul as you cannot avoid putting yourself into this tale and feel every single word that comes off the pages.

So, I would imagine you have noticed I allowed the lines between reality and fiction to blur, perhaps it is a Mom of twins thing or a Grandma of twins thing, could be, I am both. When an author can achieve that blur and gain that emotional investment, they have done their job!