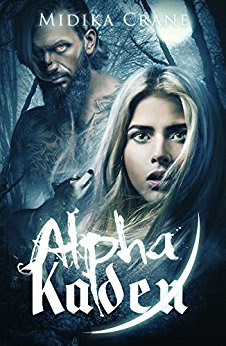 "Riddle me this; if I were to take you up to my room right now, and place you upon my bed, how long to you think it would take until this place hears you scream my name."
•••

Mara always assumed her mate would be a man from her own Pack. A good man.

Alpha Kaden. He's a man of riddles and cryptic puzzles. His identity is one of them. His touch, another. And what he loves most in this world, is a game.

And one night, he steals Mara from her bed, and makes her a player. When escaping his riddles means punishment, Mara finds herself questioning what is real, and what is not.

But that all changes, when Mara discovers the truth behind his touch...

His reputation was thing of nightmares. He was said to steal beautiful young women in the night. His story was told in warning rhymes at bedtime. ALPHA KADEN was a monster to fear. As the alpha of a brutal pack of shifters, he ruled with a firm hand, but the night he took Mara, from her Purity Pack, was the night he met his match in more ways than one.

Hidden from her with a mask and gloves, Mara had no idea what disfigurement this monster must have as he informed her she was to mate with his brother as part of his political machinations. It only took one touch to know he could never let his brother touch her. She was his.

Strong and solid writing highlights Mikida Crane’s tale of the paranormal. Well-drawn main characters, also prove out this author’s talent. For me, I have to say, there was too much telling, no huge soaring moments and no lower than an ant’s knees moments, I never hung from my fingertips, never fell into the story. I felt like an outsider looking in, not understanding “the rest of the story.” I was told this reads as a standalone, and yes, it definitely does! I think this author has supreme talent that needs to be left to run free and allow her characters to lead the adventure and put some zip into their story.

I received this copy from Midika Crane in exchange for my honest and voluntary review.