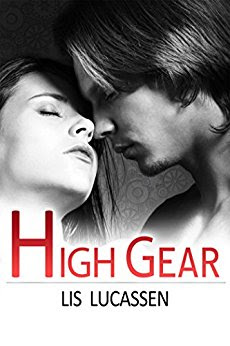 To Steve Bennett, only very few things in life are certain – nothing lasts forever, and the only way to drown out the emptiness he feels eating away at his soul is by living life in high gear. Now that he’s back from the tropical island where he spent most of his summer, it’s time for Steve to face the mess he left back home. When he meets Liv, he treats her like he treats everyone else – like a passing stranger. Liv, however, seems to look right through his act. She forces him to finally make a choice: keep hurtling down the same old path at break-neck speed, or shift gears and slow down to fight for what might be blossoming between him and Liv.

The “need for speed,” the next big thrill and the immaturity of a privileged youth has consequences. When a night of thrills goes horribly wrong, Steve cannot face up to his part and runs, living on Daddy’s money in an effort to outdistance the guilt he feels. Coming home will force him to face his guilt, his fears and the pain he helped create. It may also bring him a special gift from his childhood, although that “gift” may come with an even greater surprise.

Lis Lucassen’s HIGH GEAR is a tale of a selfish generation, never satisfied with life until they find that next big rush. In a world where responsibility can be a four-letter word, the past can become a monster in the closet and no amount of the parents’ money can buy a conscience, one young man may find his salvation in a beautiful girl on a mission to bring him and his friends down.

A quick read, doused liberally with pain, guilt, loss and an all too emotionally tumultuous past for the two main characters, Lis Lucassen has flavored her tale with high angst, self-involvement and a complete lack of responsibility or respect for “the rules” of life. Feel the tension as many characters follow the “villains” like sheep and witness the moment one young man owns his life for the first time. A well-worn story line well-told, not as fresh as it could have been, but still entertaining. Ms. Lucassen can write, that's for sure and Ms. Minkman can definitely translate!

I received an ARC edition from Lis Lucassen in exchange for my honest review.