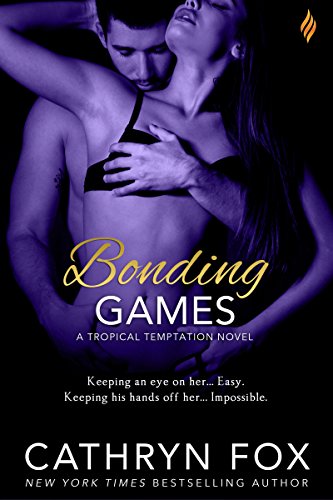 Former Navy SEAL Josh Steele gets tasked with a babysitting mission—watch over his boss’s daughter—a job he can only describe as hell. But when his assignment takes him to a tropical island, and he begins to see another side of Holly Fairfax, attraction sizzles between them—but he knows better than to risk his job for it.

Holly can’t believe that underneath those baggy clothes tech-guru Josh Steele is all ripped abs and sexy hotness. Ignoring said hotness is tough, especially since she has to work with him on the team-building exercises her boss has assigned if she wants a coveted promotion. It’s even harder when she discovers being around Josh brings out her naughty side – one she didn’t know she had.

But if she cracks the code on his cover, everything they’ve built could come crashing down.

Holly’s on the run from her over-protective father. She has moved across the country, changed her name and is embarking on a career that not only makes her happy, but is a real challenge, doing something she likes. When her boss takes everyone to a tropical island to “bond” as co-workers, there is no way Dad can find her, right?

Former Navy SEAL Josh Steele’s boss gives him a dreaded undercover babysitting job for a rich princess. (Just shoot him now) maybe it was the tropical island or maybe it was Holly, herself, but all of his past experiences with rich princesses never prepared him for the sensuous, yet fragile woman he found or the exciting moments of intense personal “bonding” they shared.

BONDING GAMES by Cathryn Fox is sexy, sassy, intriguing and just plain fun in the sun as two strangers discover that the heat of the tropics is nothing compared to the heat of their passion. Light reading with a plot that has been done before, but the delightful and fun Josh/Holly chemistry that Cathryn Fox brings to the table is anything but run-of-the-mill! Definitely one that will leave you smirking at their sexual antics, which is this short read's hottest moments.

I received an ARC edition from Cathryn Fox & Inkslinger in exchange for my honest review.
Posted by Dii at 9:04 PM