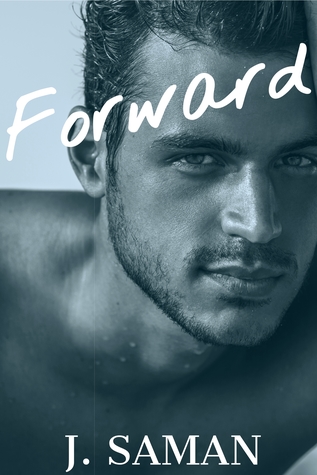 He promised to love me forever. But when I woke up to find Levi gone without a trace, he broke that promise.

Lara Gould finally has everything going for her. Amazing job, great apartment and a boyfriend who loves her.
That is, until one night when her past and present collide.
The man she thought she’d love forever vanished without a trace seven years ago, breaking her heart. Suddenly Levi has returned and is making some big waves in Lara’s life. But can she trust him? Why did he leave all those years ago?
Her new boyfriend Tom, is perfect. Smart, sexy and adoring with a British accent Lara can’t help but love. When Tom asks her for a future in another country, Lara finds she has a big decision to make.
Who does she move forward with?
The man of her past or the man of her present.

Promises broken, hearts crushed, emotions manipulated and one of the most uneven romantic triangles ever are going to ring every one of your emotional bells, and some notes will sound like fingernails on a chalkboard. J. Saman’s FORWARD is a tale of lost love, lost trust and learning to love again, or should I say, learning to find the right love to create that happily ever after.

Lara and Levi were in love. They were perfect for each other until one night Levi was just gone, and like a thief in the night, he stole Lara’s heart, her self-confidence and the future she thought they both wanted. Years later, Lara is all grown up and planning a future with Tom, a successful British businessman living in New York and she thinks she has gotten over Levi, until he is once again front and center in her life, and he says he still wants her and, “He can explain,” why he ran out on her without a word for seven long years. Does she give him a chance to explain? Should she? Can she believe him? How can he say she is still madly in love with him, even as she vehemently denies it?

Lara loves, Tom, right? Reliable, lovable, stable and loyal, plus he wants to whisk her away to London for a year when he is temporarily transferred back home. Almost sounds too good to be true, and you know what that could mean...and yet...

Levi is cocky, knows Lara inside and out, understands her and he really did have a pretty good excuse for his vanishing act, but is the hero of young Lara’s dreams able to become the hero of Older Lara’s dreams? Maybe that is all he ever can be, just a dream, maybe it is time for Lara to move FORWARD, or risk becoming the victim of another hit and run heartache, again.

J. Saman had me, hook, line and sinker as Lara’s heart is almost torn into pieces until she realizes only one man can be the duct tape that will make her whole again! What a story, what a presentation, what a mess and yet, every step of the way, J. Saman made me believe this was happening and feeling just as confused as Lara…although I have to say, I think she chose to move FORWARD in the very best way.