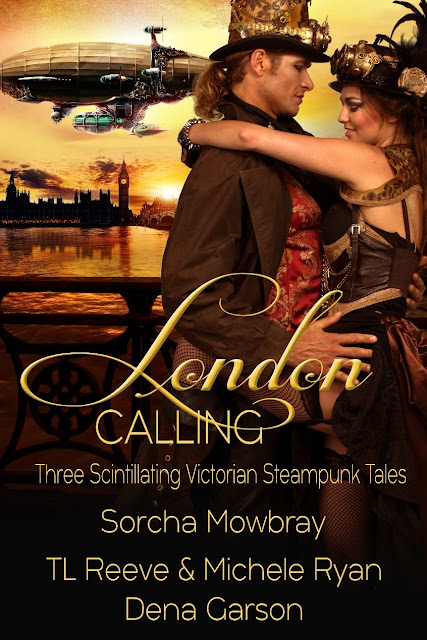 Take a journey to Victorian London where an assassin meets her match, zombies invade, and top scientists go missing.

Seducing the Assassin (The Ladies League)
by Sorcha Mowbray
Josephine Stanton, Madame and assassin, has another assignment to eliminate an enemy of the Queen. Too bad John Griffin, The Earl of Melton, has no intention of dying. Neither of the pair expects the heat that steams them up between the sheets and ultimately sets New Victorian London on its ear.

Darkness Rises by TL Reeve and Michele Ryan
A zombie horde has invaded London, England. Jonah McRae and his band of ghoulish Dreadfuls are London’s only hope. However, when Annabelle Craig threatens his mission he doesn’t know whether to kill her or claim her as his. Can the hunter and the huntee team together to take down the horde? Or will London be lost forever?

Her Clockwork Heart by Dena Garson
During her search for her missing brother, Trixie is reunited with Nathaniel, the man she never stopped loving. Sensing that Trixie might be in danger, Nathaniel lends his skills as an investigator to her efforts. Their love is rekindled as they race across the country looking for clues to more than one mystery. 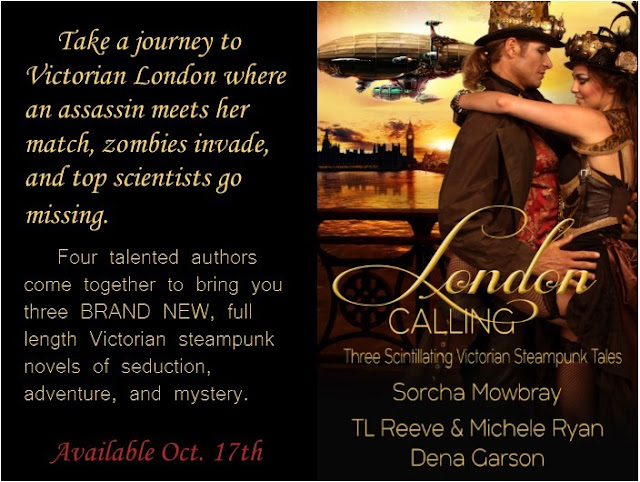 Sorcha Mowbray
Sorcha Mowbray is a mild mannered office worker by day…okay, so she is actually a mouthy, opinionated, take charge kind of gal who bosses everyone around; but she definitely works in an office. At night she writes romance so hot she sets the sheets on fire! Just ask her slightly singed husband.
She is a longtime lover of historical romance, having grown up reading Johanna Lindsey and Judith McNaught. Then she discovered Thea Devine and Susan Johnson. Holy cow! Heroes and heroines could do THAT? From there, things devolved into trying her hand at writing a little smexy. Needless to say, she liked it and she hopes you do too!
For more information about Sorcha, please visit her website, “Like” Sorcha on Facebook and follow her on Twitter, Instagram and Goodreads. Join Sorcha’s newsletter to be the first to hear about upcoming releases. She’s loves hearing from her readers. Email her directly at sorcha@sorchamowbray.com.

TL Reeve
TL Reeve, a best selling, multi-published author with Cobblestone Press, Decadent Publishing, Evernight Publishing, and Loose-Id, was born out of a love of family and a bond that became unbreakable. Living in Alabama, TL misses Los Angeles, and will one day return to the beaches of Southern California. When not writing something hot and sexy, TL can be found curled up with a good book, or working on homework with a cute little pixie

Michele Ryan
Michele Ryan is an author with Decadent and After Glows Publishing. She embraced her creative passion and co-authored several books with fellow author TL Reeve. Michele has also published two solo novellas. Michele is a lifelong resident of the state of New Jersey, along with her husband and three children, whom she refers to as her hobbits. When Michele is not plotting or writing, she can be found either volunteering at her children’s school or reading.

Dena Garson
Dena Garson is an award winning author of contemporary, paranormal, fantasy, and sci-fi romance. She holds a BBA and a MBA in Business and works in the wacky world of quality and process improvement. Making up her own reality on paper is what keeps her sane.
She is the mother of two rowdy boys, two rambunctious cats (AKA the fuzzy jerks), and a loving Labrador. When she isn't writing you can find her at her at the sewing machine or stringing beads. She is also a devoted Whovian and Dallas Cowboys fan. 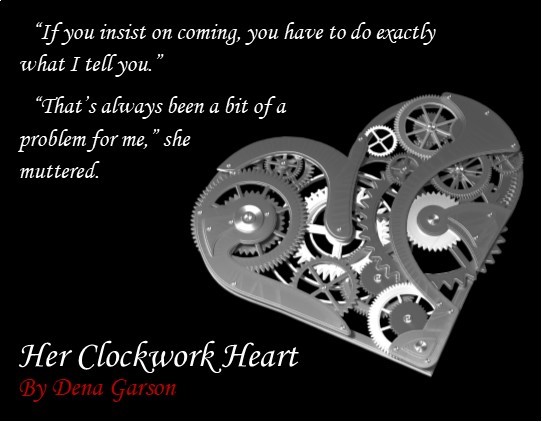