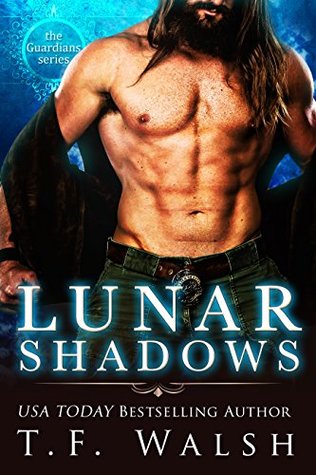 My Rating: 4.5 Stars...because I wasn't quite ready to leave this world!

A powerful seer. A fight to stay alive. A soulmate to protect.

Zana believes she can stop death. After all, why else would she receive prophetic dreams? Now she just has to actually save someone. But nothing prepares her for the Lunar Festival's events; a tragic death, her vile ex acting all cave-man on her, and the sudden appearance of Shadow, a hunky and arrogant Guardian from the kingdom. Except, she's done with men after what her last one did to her. But when her latest vision shows Shadow's demise, she is determined to prove her gift is a blessing not curse.

Shadow is visiting his uncle for a small vacation. When he stumbles across a murdered family member, eliminating the threat is a must. Bumping into Zana at the crime scene, a beautiful vixen, smart and stubborn, has him questioning her involvement. But when she declares he's in danger and will protect him, he's not sure if he should be flattered or insulted.
As they close in on the killer, Shadow starts to believe the real danger might be losing Zana and the grip she has on his heart. Will Zana and Shadow survive a danger beyond their imagination?  This is a standalone, steamy paranormal romance with a HEA.

Pass the fan, I think T.F. Walsh has me ready to swoon! There is just something about a dark and arrogant hero who has to fight to see what is right in front of him, the strength he needs to face anything and it all comes from a strong woman.

LUNAR SHADOWS is another gem in the goldmine that is T.F. Walsh’s writing magic. This time out, she turns goblins into incredible characters in a world that has two realms, Earth and Tapestry. Zana, although a strong woman, is a half goblin who just doesn’t feel she is truly a part of either world and with her past, she is done with men. It is her “gift” of prophetic dreams that will tear down her barriers when she determines she can and must save the brooding Shadow. Will he accept her visions as real? Are they?

Great chemistry and wonderful scenes make this short tale seem like so much more!

I received an ARC edition from T.F. Walsh!