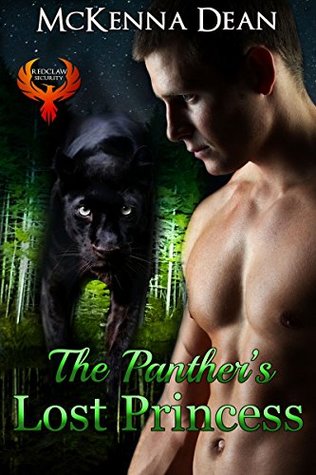 Ellie West has always known there was more to her story than being abandoned at birth. A child of the foster-care system, she didn’t get many breaks, but the one thing she can do is sing. It’s her only ticket out of poverty and obscurity. Nothing else matters, not even the nagging sense that she’s different. She's headed for great things. She only needs a chance.

Jack Ferris couldn’t agree more. His firm, the elite paranormal agency Redclaw Security, has been hired to find a missing princess and return her to her family. Discovering that Ellie, a waitress in a hole-in-the-wall diner, is both the princess and his fated mate is like being hit with a sledgehammer. Ellie West can't be his mate. She's the mission.

The sooner Jack completes this job, the better, only Ellie has no intention of throwing her dreams away for a kingdom she's never known. With hired assassins on their trail, Ellie might not have a choice. They must do whatever it takes to stay alive.

His job, find a missing princess to carry on her family’s dynasty. As an agent for the paranormal agency, Redclaw Security, Jack is a panther on a mission. When he found Ellie waitressing in a small diner and discovered her biggest dream was to get discovered on a national talent show as a singer and completely unaware of who or what she was, his job just got a whole lot harder, especially when he discovers she is also his fated mate. All he has to do is: 1) keep her alive 2)convince her there are magical beings in the world 3) convince her she is one of them 4)convince her they are meant to be together.

Definitely not his easiest assignment and certainly not what he could have seen coming. With hired assassins on their trail, his panther going all territorial and Ellie not about to give up her life for some wild tale of fantasy for the hot, but crazy guy, looks like things are going to get very interesting! Can Jack keep his panther in check, deliver the missing princess to a family she has never known and somehow win the girl of his dreams? Yep, definitely one tough assignment…

THE PANTHER’S LOST PRINCESS by McKenna Dean is a wonderful start to a new paranormal series that has action, adventure, sensual steam and some wonderfully funny scenes, besides! In a rags to riches story, one young woman will discover her true powers that have been hidden from her for her entire life, while finally getting over the much overdone body image woes and insecurities that exist in the paranormal world today. Jack has raw animal magnetism, yet is so far out of his comfort zone when he discovers who Ellie is to both him and his panther, it makes him very believable and very believably flawed! A nice, quick read with a surprise ending and the big reveal of what type of shifter Ellie really is!

McKenna Dean avoids being overly dramatic, and dark, making this a refreshing read in a genre that has so many stories within it!

I received this copy from McKenna Dean!