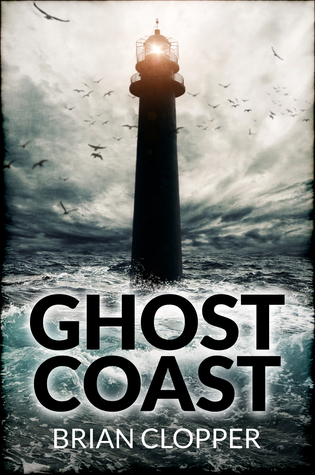 Ocean City, Maryland, 1988. While most thirteen-year-old boys are spending the summer soaking up the sun and chasing cute girls up and down the Boardwalk, Reece Narrows is staying with his aunt in her bayside trailer while his mom wastes away in the hospital.

As if the situation isn't bad enough, his antagonistic older cousin just loves making trouble for him. Laney hurls insults his way at every turn as well as refusing to take him along on her expeditions to find the Maiden in the Marsh, a local legend she’s determined to prove exists.

But there's more. A newfound paranormal gift thrusts Reece into dire circumstances with a gaggle of eclectic ghosts haunting the coast. Through it all, he must keep his spirits up and find a way to save the decent souls that brand him their reluctant protector.

Brian Clopper once again dips into 1980s nerd nostalgia like his previous novel, The Powers That Flee. This time, he puts a fresh spin on the supernatural genre.

If it wasn’t hard enough to know his mother was dying, adding being shipped off to spend the summer with his aunt was almost more than thirteen-year-old Reece could take. An entire summer of having his older cousin use him as her verbal punching bag was extreme torture.

No sir, summer was not shaping up to be very promising for Reece until he meets a young girl who introduces him to a world of ghosts and spirits and secrets only those “gifted” with certain abilities can see. Reece will find that with that gift comes responsibilities and that the souls of those who have not moved on are depending on his help to make their journey the best it can be.

Imagine a special place that calls to the spirits of the departed, a place where they will congregate and hope to finally be sent on to their eternal life, if they are ready. Brian Clopper’s GHOST COAST is that place and Reece will find a new world of wonder, danger and adventure as he also learns to accept that death is part of life.

Upbeat, colorful writing that fuels one’s imagination, moments that are filled with intrigue, emotional turmoil and youthful daring pepper each page as Brian Clopper brings this delightful fantasy to life. Reece is filled with the innocence of a thirteen-year-old from an era that wasn’t filled with electronic devices and it was okay to find adventure on a bike or exploring in the woods.

This fantastical coming of age story for a young boy is as heart-warming as it is entertaining. Mr. Clopper has handled a sensitive issue with such great care and creativity, I am not sure five stars are enough. If you are looking to entice a younger reader or a young-at-heart reader, GHOST COAST belongs on every library shelf, as well as at the top of that must read list!

I am voluntarily reviewing an ARC edition from Brian Clopper!