Inside Moves by Walter Danley 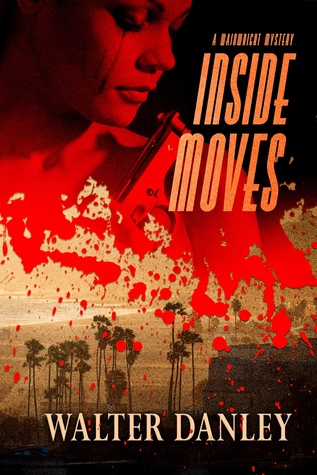 Inside Moves
by Walter Danley

AMNESIA TOOK HIS PAST, THE MOB STOLE HIS WIFE. GETTING BOTH BACK MAY COST WAINWRIGHT HIS LIFE.
The cable gave Wainwright shocking news of his brother’s death. Garth and Lacey interrupt their honeymoon in Austria to fly home for the services. A tragic car wreck is the first in a chain of extraordinary events—no other person has ever experienced—that drive this heart-pounding thriller.
Waking in the hospital, from a month long coma, Wainwright’s memory is erased by amnesia. He learns he has a wife who went missing from the crash. He must find those who took Lacey. Then he learns of her secret past, one she’s kept hidden from all.
Fate and circumstances propel an unlikely partnership with his archenemy, the Assassin. Together they hunt international locations—but with very different goals.
Wainwright—to find his lost past and to rescue a kidnapped bride.
The Assassin—to kill those who hold her captive.

Inside Moves by Walter Danley

A brother’s death, a honeymoon cut short, a crash and one man will awaken only to discover he has no past, at least not that he remembers, but that elusive past will have Garth Wainwright following the crumbs of a life he cannot remember. Little did Garth know, even as his past memories return, he will discover they are riddled with half-truths, hidden secrets and a new wife he may or may not actually know.

INSIDE MOVES by Walter Danley is a gritty, suspense-filled ride that explodes with intrigue, action and unlikely, but very deadly allies as one man races against the clock and the power of underhanded deals and crime lords to rescue the wife he doesn’t really know.
Walter Danley keeps his story tight once the action takes off. Filled with details that come to life, high energy tension and the conflict within a man whose memory is slowly becoming less like Swiss cheese, all while he lives the life of characters he only wrote about.

Entertaining, crisp and bold, the action and intrigue builds with each page as the stage is set and the entanglements criss-cross and perceptions change.

I am voluntarily reviewing this copy.