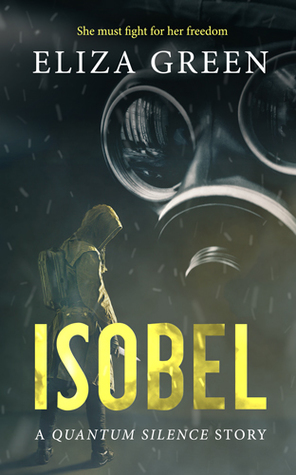 SHE MUST FIGHT FOR HER FREEDOM

After receiving treatment on Exilon 5 to reverse her genetic alteration, Isobel returns home to Earth to search for the husband she left behind.

But as soon as she steps off the passenger ship, she is captured and sold into slavery.

Now Isobel must find the strength to break free from her new prison and reconnect with her old life.

But is her old life still waiting for her?

A Quantum Silence story. Book 4.5 in the Exilon 5 series.

Isobel took a huge leap of faith in deciding to be genetically altered back to a normal human. Vague memories of Earth and the life she once had are magnetic in her heart, but would the husband she left behind still be waiting for her? Would they still want each other or has he moved on?

Instead of a feeling of “home,” Isobel discovers she is to be sold into slavery on the planet she once called home. What has happened to the world she thought she would remember?

Every Indogene reacts differently to the nanobot alteration, and Isobel will find her retained “powers" will come in handy as she makes one more huge leap, a leap she cannot go back from. They say you can never go home, and for Isobel, nothing could be truer.

Eliza Green’s short tale of Isobel’s experiences returning to Earth are like the icing on the Exilon 5 Series' cake as this strong and vital character’s second slice of Earth life is not nearly as sweet as the first one she was born to savor. Dark, edgy and electrically charged, one woman finds that sometimes Home, Sweet Home is as much a nightmare as it is a dream. But change is on the horizon. Eliza Green's ability to make her world become our world, even for just a few hours is a testament to her imagination and her storytelling.

I received an ARC edition to voluntarily review.