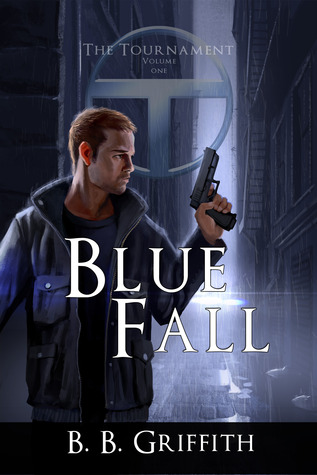 The Tournament is a massive state-sponsored war game. Each country fields a team of three players. Each team is given a color as their calling card and the freedom to do whatever it takes to win. The playing field is the entire globe and the stakes couldn't be higher. There is only one requirement: it must be kept secret.

Frank Youngsmith's life is stuck in a rut. He's broke, bored, and works a dead-end job. What he doesn't know is that he's about to be in a fight for his life. When Frank stumbles into the dark world of the Tournament when the game is on, it's up to him to expose the secret...or die trying.

Far beneath the radar of the world’s population, an international high stakes game is being played. Eight three-man teams each representing their country will stand against each other until only one team is left standing. Beyond the absolute need for secrecy, there are no rules, the object is to win at any cost, winner take all. The stakes? Deep pockets will bet money, jewels, anything of value, governments have even settled disputes through these games. Integrity has always been a given among the players, until this year, but something else will unsettle an already violent tournament as well.

This year an outsider will also stumble on their secrets and this middle-aged, overweight, insurance adjustor will find his life embroiled in danger and dark intrigue worse than any nightmare he has ever had. Who does he tell? Who would listen? Who will try to stop him? This year, the games will take a turn unlike anything ever witnessed before. This year, the real nightmare begins for these teams, their countries and those they care about.

Blue Fall by B.B. Griffith is everything one could imagine about “things we never hear about.” Conspiracy buffs will sit up and take notice, as these teams fight to the “simulated death” across borders. Book one is always the base, the cornerstone for a series and the information needed is handed out in spades, yet it is this information that brings the Tournament to life. Meet the characters, get to know them and try to figure out what makes them tick, it is fascinating. Then get ready for the action, because once it starts, it does not quit!