The Fix by Robert Downs 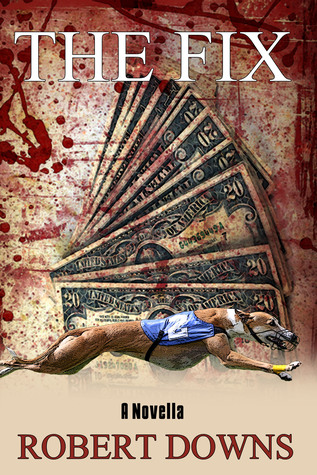 The Fix
by Robert Downs

Professional gambler, Johnny Chapman, plays the hand he’s dealt, but when he’s dealt a series of losers, he decides to up the ante with more money than he can afford to lose. Just when he thinks his life can’t get any worse, it does. The loan shark he owes the money to demands that he pay up and sends his goons after him. The man offers Johnny one way out—fix a race by fatally injecting the dog most likely to win. A piece of cake, Johnny thinks, until he looks into the big brown eyes of the beautiful dog, and the price suddenly seems too great to pay. Now Johnny’s on the run and the goons are closing in…

The Fix by Robert Downs

Johnny Chapman was a professional gambler. Seems he would have been better off in another profession, because his losing streak and debts owed to the local loan shark are going to get him killed. The way his luck has been going, it won’t be quick or painless, although he has been offered an out. Once again, Johnny is about to find himself on the receiving end of trouble, but this time, it’s because he did the right thing, just a little too late.

Johnny is that guy who is looking for the fast buck, the easy buck, and can’t see he has a problem, even after his ex-girlfriend repeatedly reminds him what a loser he is. THE FIX by Robert Downs is short read that really plays out like a fly’s eye view of the downfall of one more victim of a total lack of control in a world of vultures just looking for that lame, baby bird who wants to play with the big boys’ league. Probably a good thing he is confident he can take a punch or fifty…

Lots of action, turmoil and a character who makes life a lot harder than it is, I had to wonder if Johnny would get wise before he got dead! I can't say I felt much for Johnny or his girlfriend, but the dog, definitely!

I received a complimentary review copy from Black Opal Books.